In Tune Arts
The Bauhaus: Architecture, Art and Music I
by Ursula Rehn Wolfman September 12th, 2016 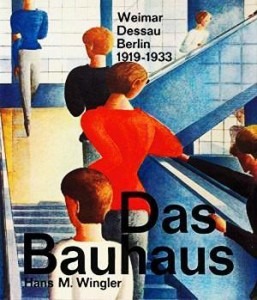 The recent article in the New York Times (August 10, 2016) titled “On the Bauhaus Trail in Germany” by Charly Wilder reminded me of the importance of the Bauhaus, and of my own travels to the region in which the movement had significant impact – Weimar, Dessau and Berlin. The Bauhaus’ influence on architecture, art, music and theatrical performances has continued from its founding in 1919 through the present time. 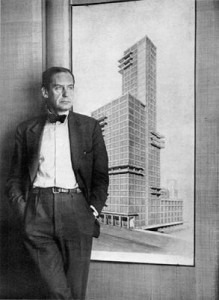 Walter Gropius (1883-1969) was the founder of the ‘Staatliches Bauhaus’ (literal translation from German: State-founded Building/Construction House) in Weimar, which planned to combine architecture, fine arts, crafts, design, and theatrical performance — a ‘Gesamtkunstwerk’ (the total concept of the arts working in unison) – to create the “building of the future”. Two of the Bauhaus’ subsequent directors were Hannes Meyer and Mies van der Rohe, in Dessau (from the 1925 closure of Bauhaus Weimar until 1930), and Berlin until 1933, respectively. Berlin houses now the Bauhaus Archive, built after WWII after a design by Gropius. 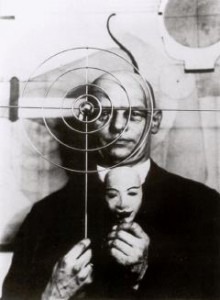 In 1933 the Nazis closed the Bauhaus, declaring many of the artists’ ideas and works degenerate. Its directors and virtually all of its artists left Germany, which had the effect opposite to Nazi intentions — rather than eliminating modern concepts in the arts, the dispersion of its members promulgated their creative ideas throughout the world, in particular in the United States. As the New York Times article mentions, the year 2019 will see the centenary celebration of the original Bauhaus, but, already three years ahead of the celebration, at least 10 of Germany’s 16 federal states feature “exhibitions, new museums, events and publications” centered on the Bauhaus and its legacy.

In the early part of the 20th century the impact of Bauhaus ideas reached across many artistic endeavors, and these concepts are once again influential among our contemporary artists. The Bauhaus concept extended well beyond the arts in that it also reflected the political and cultural upheavals of its time – the years of the Weimar Republic. Tom Wolfe, in his 1981 book “From Bauhaus to Our House”, (cited in the New York Times article) explained it as: “…. a commune, a spiritual movement, a radical approach to art in all its forms, a philosophical center comparable to the Garden of Epicurus.” Today’s article will focus on the initial creative phase of the Bauhaus ideas, expressed in its architecture by Gropius, and in Oskar Schlemmer’s art and theatrical concepts.

Rather than imitating historical, architectural styles of the past, Bauhaus buildings, such as the University buildings in Weimar and Dessau reflect the concepts of modern architecture, showing functional, clean, simple lines with the construction materials visible: glass, beams and concrete. The decoration of the interior is also functional with white walls, an almost industrial look of the furniture, lighting and windows, absence of superfluous elements such as curtains, and all elements at right angles, including the mural and carpet.

Oskar Schlemmer (1888-1943) was hired by Gropius in 1920, at first to head the mural-painting and sculpture departments, and subsequently the Bauhaus’ theater workshop. Schlemmer had risen to prominence with the set designs for Oskar Kokoschka’s play ‘Murder – Hope of Women’. His painting ‘Römisches, Vier Figuren im Raum’, 1925 (Roman Things, Four Figures in Space) reflects the same concepts as the architecture, in which figures, reduced to just outlines, looking almost like mannequins with no recognizable, personal features, appear in a clearly delineated, modern space. 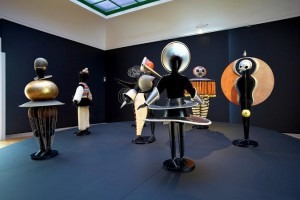 Schlemmer conceived the human figure almost as a robot and explored this concept of man/machine (which also appears in Russian art at the time) in his ballet ‘Das Triadische Ballet’/The Triadic Ballet, 1922, music by Paul Hindemith (1895-1963). The figure ‘three’ is the basis for the ballet: three acts with three dancers; two male and one female, masked, wearing extraordinary geometric costumes, moving puppet-like in various geometric spaces – creating architectural structures on a stage. Each of the acts has a different mood and color – the first, lemon yellow which conveys a cheerful and happy mood, the second one pink, creating a festive and solemn atmosphere, and the last, black, ending on a mystical and fantastical note.

Many of the Bauhaus artists were influenced by the music of their time, including, for example, that of Erik Satie, Arnold Schönberg, George Gershwin and Kurt Weill, which I will explore in future articles.