Blog
The B Minor Madrigal
by Maureen Buja October 20th, 2015 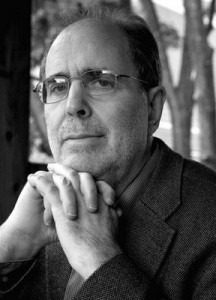 It’s often a puzzle for us how to hear very familiar music with new ears. When you’ve heard countless blah recordings of the Vivaldi this or the Bach that, it’s hard to get them back into our ears to being fresh again.

In 1981, musicologist and performer Joshua Rifkin proposed a radical idea: that Bach’s B Minor Mass (and, in fact most of Bach’s choral works) be performed not with massive choir, but with the smallest possible choir, with one singer per part. His argument is that what we think of as the modern chorus did not exist in Bach’s time. This idea of one singer per part got his work the nickname “The B Minor Madrigal.”

Before Rifkin’s ground-breaking proposal, much of Bach’s choral music has traditionally been performed in a manner similar to Beethoven’s Ninth Symphony: soloists and a big chorus. Scholars did admit that a giant version, such as Mendelssohn’s revival of the St. Matthew Passion, for example, with a choir of nearly 160 singers in 1829, carried the big chorus idea too far. Many choirs might reduce the chorus to as few as 3 or 4 voices per part (for a chorus just under 40 singers) but Rifkin’s contention that this music was of such difficulty and such complexity that, in Bach’s time, it could only be sung with one person per part for a total of 8 singers.

When we start to look at various recordings of the mass, we can hear Rifkin’s point very quickly. We will be comparing a standard recording by The Robert Shaw Chorale from 1960 and Rfikin’s 1981 recording with The Bach Ensemble.

In listening here to the opening Kyrie, we can hear the differences immediately:

If we look at a later part of the mass, the Laudamus te, written for solo soprano, we’ll hear other differences.

Bach: Mass in B Minor: Laudamus te (Adele Addison, – soprano; Robert Shaw Orchestra; Robert Shaw, cond.)
Bach: Mass in B Minor: Laudamus te (Julianne Baird, soprano; The Bach Ensemble,; Joshua Rifkin, cond.)‬
The first thing you’ll hear in the Rifkin recording is the result of the modern work on performance technique – her trilling is lighter than on the Shaw recording, and ends up being better at conveying the meaning of the words (We praise You).

Rifkin’s work has been influential in many new recordings of Bach’s works, such as Sigiswald Kuijken’s recording with La Petite Bande.

Bach: Mass in B Minor: Kyrie I (Gerlinde Saemann, soprano; Patrizia Hardt, mezzo-soprano; Petra Noskaiova, alto; Bernhard Hunziker, tenor; Niedermeyr, Marcus- bass; La Petite Bande; Sigiswald Kuijken, cond.)
John Butt and the Dunedin Consort’s 2010 recording, Konrad Junghänel’s 2004 recording with Cantus Cölln, and many other recordings carry Rifkin’s idea forward, so that now we have to think of Bach not as an overblown 19th century phenomenon but as a most delicate master working with singers who were consummate musicians in their own right.