Artists Interviews
Going to the next level: In Touch with Reverie
by William Cole October 21st, 2015 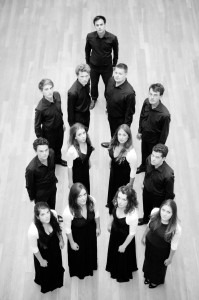 The UK is home to perhaps the most active and diverse choral scene in the world. Yet, with their inventive programming and distinctive blend, Reverie are building an international reputation within this crowded market. The group, made up of many of the UK’s top young singers, is led by Artistic Director Robbie Jacobs, who as well as his work with Reverie works with a number of other choirs in the UK and recently spent a year as Conducting Scholar on The Sixteen’s ‘Genesis Sixteen’ programme. Their latest venture is their first international tour to Hong Kong, and I caught up with Robbie to chat about the trip.

I began by asking him to explain his artistic vision for Reverie. ‘I founded the group in 2012 because I felt that there were a lot of groups out there performing Renaissance music or new repertoire, but few who were focused on 20th century masterpieces’, he said. ‘There is so much fantastic British choral music from that period, by composers like Howells, Britten, Bax, Parry and Finzi, that deserves to be performed at the highest level on the concert platform, not just rushed off for a church service. That was our main repertoire focus, and continues to form the backbone of our concert programming.’ 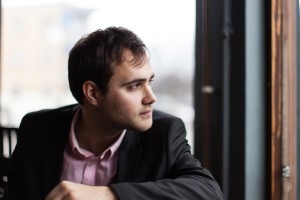 ‘Then in summer 2014, we worked with composer Freya Waley-Cohen on her new immersive piece Linea at Kew Gardens in London for their Festival of Intoxication. It was an amazing experience that really redefined the relationship between performers and the audience, allowing the audience to make decisions about what they wanted to listen to, and for how long. Through working with Freya we’ve added some innovative strands to Reverie’s artistic vision, and a lot of what we are doing now is designing projects which find ways to engage audiences through site-specific works, or by actually getting the audience involved in the pieces – so in March last year Freya wrote Attired with Stars for us, which involved the audience singing a repeating refrain, and us singing harmonisations of it around them. We’ve now just been awarded funding by Arts Council UK and the PRS Foundation to create a new interactive installation in the National Maritime Museum in Greenwich, London in February 2016 – another exciting project for the future!’

I asked Robbie to explain how their Hong Kong trip came about, and what they were planning to offer their audiences. ‘We’re really excited about coming to Hong Kong, and it will be our first international tour’, he said. ‘The connection came through my time in Cambridge, where I was at King’s College, and our promoter’s son went to Gonville and Caius College. We’ll be performing twice on 24th October at City Hall – the afternoon concert, ‘From Byrd to Britten’, showcases a lot of our core repertoire, including music by renaissance masters Byrd, Purcell, Shepperd and Philips, and 20th century works by Parry, Finzi and Britten. And in the evening, we have something completely different! The founding partner of Reverie is really into a cappella music, and during a year in Hong Kong from 2013-14 he made a lot of great friends on the Hong Kong a cappella circuit. So we’ve created a lighter programme for the evening – it’s going to be a lot of fun, with hits from the Beatles, The Beach Boys and many more. As well as the concerts, we’re also providing singing and ensemble workshops for lots of choirs in the city, including a session at Hong Kong University and school groups around Hong Kong.’ 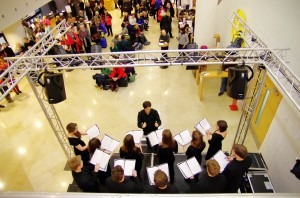 Part of making one’s group stand out in classical music’s competitive field is developing innovative projects and relationships. Reverie seems to have a head start in that regard – I asked Robbie how they were planning to develop and expand their activities in the near future. ‘Christmas is always a busy time’, he said, ‘and we are looking forward to revisiting some of our regular December venues. I’ve already said a little bit about the interactive National Maritime Museum project in February – that’s a major project, and will also hopefully lead to some new connections and ideas for the future. We are also about to make our first commercial CD in March 2016. It’s a very exciting move for us, and we’re really pleased to be making a disc of music by Owain Park, the winner of our Young Composers Competition 2014, which we ran in association with Edition Peters. Owain is a really exciting talent, and we hope that this disc is going to help both him and Reverie take our music-making to a new level.’

Salve Regina to the Mothers of Brazil – Jansson arr. Eriksson

UK vocal ensemble Reverie will be giving two concerts at City Hall on Saturday 24th October, a programme ‘From Byrd to Britten’ and a concert of a capella repertoire. Tickets for their concerts at City Hall are available through the venue website or via Reverie’s own website, www.reveriechoir.com.