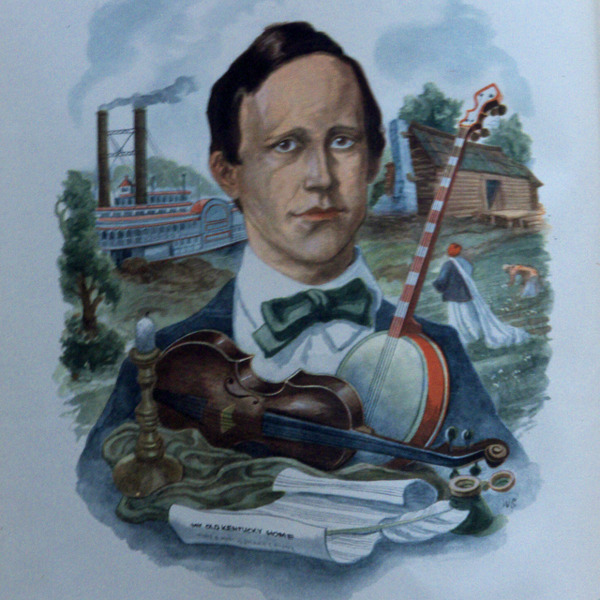 Parlour music became hugely popular in the 19th century. As the name implies, it was frequently performed by amateur singers and pianists in the parlours of middle-class homes. The music itself was disseminated as sheet music, and the text commonly took its bearing from the works of European writers such as Robert Burns and Thomas Moore. Stephen Foster contributed to the parlour tradition by composing a number of rather popular ballads. Among them is Gentle Annie, a song with original lyrics based on a traditional Irish melody. Although there are a number of suitable candidates, we still don’t know exactly if it was written in honour of the grocer’s daughter Annie Jenkins, his cousin Annie Evans, or his maternal grandmother Annie Pratt McGinnis Hart.

During his final years in New York City, Stephen Foster met the law student and poet George Cooper. They soon formed a professional alliance, and Foster called Cooper “the left wing of the song factory.” In all, they collaborated on 21 songs and it was Cooper who found Foster on the floor of a cheap hotel in January 1864. In a drunken stupor, Foster had fallen from his bed and cut his neck and head on a broken washbowl, ultimately leading to his death. After Foster’s death, Cooper went on to write lyrics for a number of influential composers throughout the 1870’s and 80s.

During the final year of his life, Foster wrote more than twenty hymns and a number of Sunday school songs intended for children. While some are set to words of other poets, most are settings of his words offering moral instruction to young souls. Horace Waters, who also ran a piano company in New York for many years, published these compositions, yet they remain relatively unknown and mostly unrecorded. Stephen Foster stands as the first great American composer of popular songs. It is often difficult to classify his style, as it contains folk, popular, and classical elements. Maybe that’s the reason his music easily transfers from one stage to another. 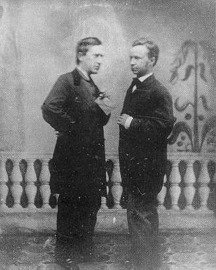 Keith Emerson wrote, “I think that Stephen Foster really did create popular music as we still recognize it today, and he did it because he took together all these strands of the American experience. He merged them in a way that appeals to the multicultural mongrel experience of America in its history and culture.” Whether you singing the official state songs of Pennsylvania and Florida or look towards more contemporary incarnations, Foster’s music — hate it or love it — continues to deeply influence and resonate with American culture today.