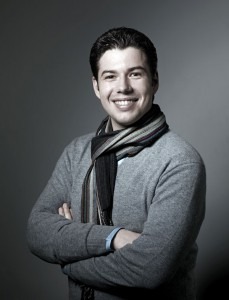 Future projects of young Italian tenor Antonio Poli include 2012 concerts with operatic arias in Hamburg, Frankfurt and Zurich, as well as Mozart’s “Requiem” conducted by Antonio Pappano in Rome, Mercadante’s “I due Figaro” at Teatro Real in Madrid conducted by Muti, a song recital at the prestigious Lucerne Festival, his debut in the part of ‘Cassio’ (“Otello”) at Royal Opera House Covent Garden in London conducted by Pappano, his debut as ‘Alfredo’ (“La Traviata”) in Venice, ‘Don Ottavio’ (“Don Giovanni”) in Hamburg, and his debut in the part of ‘Nemorino’ in a new production “L’Elisir d’amore” in Graz.

2013 are scheduled his debuts as ‘Fenton’ (“Falstaff”) at Teatro alla Scala in Milan and with La Scala on tour to Japan – both conducted by Daniele Gatti – as well as conducted by Mark Elder at the Glyndebourne Festival. At Staatsoper Berlin he will sing ‘Nemorino’, at Chicago Lyric Opera ‘Cassio’.

2014 Antonio Poli will return for a new productions of “Don Giovanni” to London conducted by Nicola Luisotti and to Chicago. 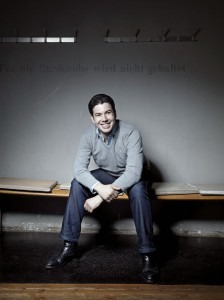 He sang New Years Concerts (2010/11) at the Teatro La Fenice in Venice conducted by Daniel Harding.

In 2008 was a member of the “Young ensemble” of Semperoper Dresden and sang ‘Arthur’ in a concert performance of “Lucie de Lammermoor” at the Concertgebouw in Amsterdam.

2007 Antonio Poli appeared as ‘Bruschino figlio’ (“Il Signor Bruschino”) with the Orchestra Nazionale di Santa Cecilia under Carlo Rizzari and directed by Daniele Abbado, 2006 he sang the role of ‘Alessandro’ (“Il re pastore”) with Roma Sinfonietta under Marcello Panni.

In Toronto he sang Rossini’s “Petite Messe Solennelle” in 2009.

2010 he presented the programme of Salzburg Festival in London in two concerts, in Hamburg he sang Pendercki’s “Polish Requiem” conducted by the composer and at the Reate Festival (Rome) he was heard in “Petite Messe Solennelle”.

Born in Viterbo Antonio Poli in Rome with Romualdo Savastano, with whom he is still working today. He won various international voice competitions, including First Prize and Audience Prize at the Hans Gabor Belvedere International Singing Competition in Vienna in July 2010.

In summer 2010 he took part in the prestigious Young Singer’s Project of Salzburg Festival.