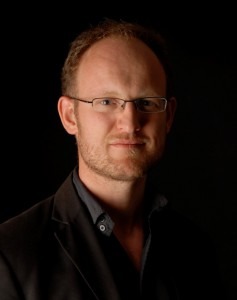 Now well into the second decade of the twenty-first century, we well and truly live in a global age. News breaks across the globe within minutes; we enjoy food from the other side of the planet in our own kitchens; sporting events are watched by millions – sometimes billions – simultaneously.

The same goes with music. People can now access any music from any culture at the swipe of a finger, but this is no new phenomenon. For centuries, composers drew on styles and sounds of different cultures, the way in which they did so changing over time.

And so I found myself at the Bristol Proms, using a talk given by conductor and public speaker Jonathan James to lead into a concert given by Israeli Avi Avital and Iranian Mahan Esfahani. The theme: East meets West.

Within five minutes, Jonathan had already shown us that seemingly different music is a lot more similar than we give it credit for. A rhythm made up of three plus three plus two beats is found everywhere, from Argentina to Austria, from Beijing to Birmingham.

Playing us chant from Christian orthodox monks and a Muslim Imam showed us how much the scales they used had in common. Codifying the notes of these chants gives the pentatonic scale, again found everywhere, but perhaps traditionally most associated with China – a country far away from the sources of the two chants.

In the eighteenth century, James explained, classical composers sometimes drew on the general sound world of other cultures, such as in the finale of Haydn’s Symphony No.100, in which he uses drums and cymbals to evoke the sound of a Turkish Janissary band. Eventually, people weren’t just referencing sound worlds, but fully incorporating their melodies in their own arrangements and compositions, perhaps the most famous example being Brahms’ Hungarian Dances.

This folk collecting-and-integrating then carried on into the twentieth century of course – we only have to look at the music of Bartok or Percy Grainger to see how prevalent an influence folk music can be in classical composition.

By the time you get to Bartok, you’re actively combining elements of classical and ‘non-classical’ music equally. Earlier examples of this famously include Debussy, who drew on the sounds of the gamelan, and, not so famously, Colin McPhee, about whose music James was passionate to reach a wider audience. He very successfully enters into the sound world of the gamelan in his orchestral work Tabuh-Tabuhan of 1936, the use of two pianos, celeste, glockenspiel, marimba and xylophone at the heart of the orchestra evoking the Balinese musical culture.

McPhee, in his piece, was using Western instruments to depict an Eastern culture, but it also works the other way around – playing Western music on instruments from the East. James, in his engaging and personable style, gave us very convincing examples of how a folk song can completely ‘change its origin’ through simply switching its original instrumentation – a guitar – to a sitar, of decidedly different roots. The change of sound and slight change in inflection instantly effects a change in the perceived origin of the music being heard.

Knowing how powerfully our brains connect actual timbres (the sounds of instruments) with different cultures means musicians can reference them very easily in their work (with varying degrees of success). The term ‘fusion’ is a wonderfully broad yet also despairingly messy term, as it can apply to any music where more than one musical culture is engaged. This means the same word can apply to Miles Davis’ electronic albums of the 70s equally as much as to a bagpipe-dubstep crossover project, and everything in-between.

James summarised his talk with the notion that music had moved from ‘imitation’ (the music of Haydn’s makeshift Janissary band) to true ‘integration’ (fusion). More importantly, he stated that, when you start to investigate the differences in musical cultures, ‘the more you look for difference, the more surprised you become at just how much is the same’.

We are now free, in our era of air travel, Soundcloud, and Dropbox, to enjoy music from all over the globe at any time. Not only this, but the possibilities for making new music are ever-expanding. The early explorations of fusion in the 70s were just the beginning, and all we have to do is wait and see what the world of infinite possibilities of musical combination has in store for us…