The Benefits of Art Sounds and Some Recommendations 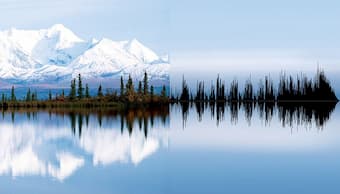 Pollution, rain, fog, mist, wallpaper, machinery, people, the sounds of wildlife and music all exist as part of the surrounding ambience.

Throughout most of history, music was never thought of as a background sound or as just part of the environment or atmosphere, but today, music is created and pursued for its ambient quality.

Ambient music is an increasingly important tool for alternative health and lifestyle specialists. It is also used for a wide range of food, medical, travel, listening, and shopping experiences. What surprises me the most about what people classify as ambient sounds is how easily classical music fits that category. In music for stress relief, study, relaxation, and meditation, you will find certain styles of classical music.

Here are but a few of the playlists that cover ambient/classical music.

Shopping centres and mega malls are a small or in many cases, a large self-contained world. Enticing people in, regardless of how much it costs to park in a shopping centre or how long it takes to find a car park, is an art form that centre owners spend vast amounts of money on. 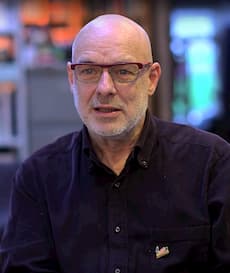 Once they get people into these small city-sized spaces, they want to keep them there and keep them shopping. One way of doing this is to play the right kind of music or sounds. Music that soothes your savage modern-day lifestyle can improve your willingness to purchase healthier food products. “Studies [have] shown that low (vs. high or no) volume music/noise leads to increased sales of healthy foods due to induced relaxation”.

Ambient music and its sometimes other name, Art Sounds, have been around for quite a while. Some say the English composer and musician Brian Eno, who is called the father of ambient music pioneered the genre. While he certainly made it popular, he was inspired by classical music and the development of electronic musical equipment.

Eno’s 1978 album, Ambient 1: Music for Airports, is his seminal record of ambient music, which as he says is partly inspired by the music of Erik Satie.

Ultima Thule is an odd term that means, “a distant unknown region; the extreme limit of travel and discovery”. It is also a radio program that has been running since 1989. While they play a lot more than just ambient music, they say that their program is “a 90 minute ambient soundscape narrative”.

One of the joys of this program is it not just freely supplies amazing music that can be hard to find anywhere else, but you can hear it on several radio stations in Australia and around the world. They have many of their programs recorded and their playlists are on their website.

Ambient music is a lot like what a magician does. Because it does things to you while you’re not looking or concentrating. It lowers your heart rate and your blood pressure. In other words, it relaxes you. 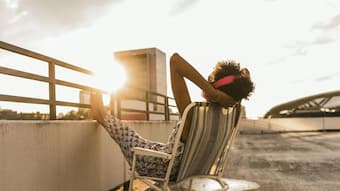 Some of the best examples of ambient classical music come from the Baroque and Renaissance periods. But perhaps the most sublime “ambient” music of all is Gregorian Chant. As the dominant practice of Western plainchant, Gregorian Chant, which is still with us today, is just the human voice singing a fairly fundamental construction of melody and recitatives.

One of the earliest composers of Gregorian Chant is a chap called Notker Balbulus, who is known as The Stammerer. Born around 840 CE, a Benedictine monk, he composed music that is filled with sublime beauty. In its simple sound lies the transcendent nature of Gregorian Chant. Listen to this short but characteristic verse melody but try not to drift off.

Another of the best Gregorian Chant composers is Pérotin, born 1160 CE. This more complex and diverse work, Viderunt Omnes by Pérotin, still holds a lot of that ambient quality that is much sought after today. There’s no need for relaxation drugs, just listen to this once a day. It can be taken with or without food.

Whatever form you like your ambience in, there’s no doubting that listening to ambient music will make you feel better and help you escape the complexities and difficulties of this age we live in.