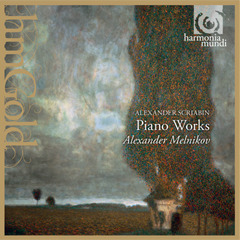 How can one write a work like the Fantaisie op.28 at the age of 27 and, just eight years later, the revolutionary Prométhée that did so much for his reputation? When he tackled the piano works of Scriabin in 2006 for his first recording on harmonia mundi, Alexander Melnikov found himself ceaselessly asking such questions about this composer who died prematurely and stood aside from all musical movements, yet has been claimed as an influence by so many others. Quite apart from questions of style, the sheer difficulty of performing his music has added to the Scriabin mystery. But, a century later, that is exactly what makes him so fascinating!