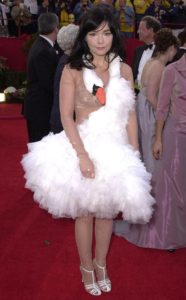 Björk and her Swan Dress

Think back to the turn of the millennium – pop music was focused on getting that drum and bass just right and party music. And then came the events of 2001 and the world changed – 2 towers came down and the world sobered up. Fast.

In late August 2001, the Icelandic recording artist Björk put out her album Vespertine. The sound was intended to be intimate, if not domestic. Its mood of sonic experiment, inspired by her recognition of the new world of computer downloaded music (remember Napster?), led her to employ sounds that wouldn’t be compromised when played on less than optimal sound systems (your computer versus your stereo).

As one writer noted, ‘pop music is theatrical, it lives on stories….’ The Danish group Hotel Pro Forma took the ideas of Björk’s 2001 album and created an opera based on the ideas of the pop album. Here, the story is of ‘the solitary scientist, researching the origins and the future of life in a lifeless landscape of stones at the end of the world. In her seclusion, she has created a double, together with whom she deals with everyday working routine. Until one day she creates real life, a ‘cloud boy’, and her world gradually falls to pieces, a radiant, mythical being appears and even the landscape begins to sing.’

To create the opera, close analysis of the original recording was done. Björk’s vocal multi-tracking was made into an ensemble of 4 soloists and 2 choirs. The problem of how to transform her electronic sounds to those of an acoustic ensemble. The producers wanted, in the end, no electronic instruments to be used at all. This meant that the final ensemble consisted of woodwinds, 2 harps, guitar, 2 pianists, 5 percussionists with additional sounds coming from a West African pumpkin, sandwich paper, and glass. 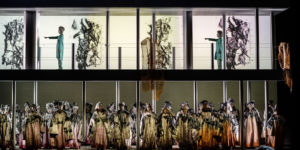 In an interview with Jan Dvořák about the production, he spoke of the need to preserve the story line of ‘a great love that is just starting, with the desire for total union, and at the same time the fear of losing your independence in it.’ Yet, at the same time, he didn’t want a director to make a simple story out of it, but to capture it as an image, rather as a video clip. To that end, he chose a group, Hotel Pro Forma, to be the directors. The idea of the biology was taken to create an inner world, but one in which beauty and poetry came to the fore. The orchestra was used not as a whole, but as a set of changing ensembles, to use the many tonal colours available in the different groups.

Here, a concept album was turned into an innovative opera with grace and an inner perception for the artist’s original ideas. There are probably few pop albums that could make this same transition. 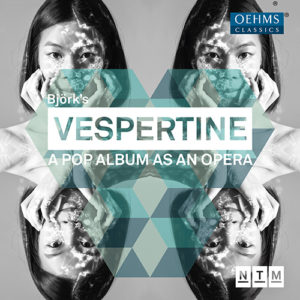