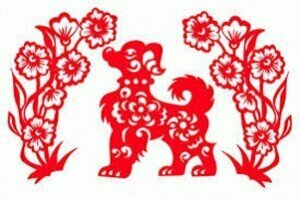 A long, long time ago, the Jade Emperor was looking for 12 animals to become designated as calendar signs. So he sent an immortal being into the world of man and announced that the first 12 animals to pass through the heavenly gate would be ranked in order. The very next day, the animals set off and the Rat and the Cat took the early lead. But when they encountered a river they could not cross because of the strong current. So they waited until the Ox was crossing the river, and quickly jumped into the Ox’s ear. The Ox did not mind, and when the shore was in sight, the Rat shoved the Cat into the River! (Now you also know why Rat and Cat don’t really get along!) And when the Ox was racing towards the palace, the Rat jumped out of his ear and lunged for the feet of the Emperor. So the Rat won first place and the Ox came in second. Next to arrive were the fast and competitive Tiger and Rabbit, who got across the river by hopping on stones and floating on a log. The Dragon came fifth, and when the Snake claimed to be the adopted son of the Dragon, it was awarded sixth place. The Horse and Goat were very kind to each other, and let the other go first. Noticing how polite they were to each other, the Jade Emperor ranked them seventh and eight. Initially, the Monkey had fallen far behind but eventually caught up to claim ninth place. And so it was left to the Rooster, the Dog and the Pig to fill up the remaining places. 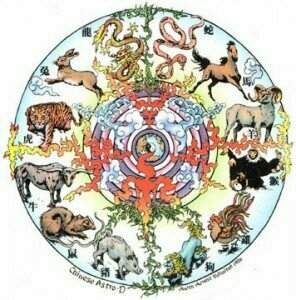 You might well be surprised at the lowly ranking of the Dog, as he was certainly the best swimmer of the bunch. But racing over grueling terrain and through mud he felt in need of a good bath before he presented himself to the Emperor. So in the end, the Dog claimed only 11th place. In the Chinese zodiac, each sign is associated with one of the five elements that influence a person’s characteristics in their year of birth. As it turns out, 2018 will be the year of the “Earth Dog.” If you are born under that sign, you are communicative, serious, and responsible in your work. Your lucky numbers will be 3, 4, 9, and numbers containing them, and your lucky colors are red, green, and purple. Lucky flowers include the rose and cymbidium orchids, and your unlucky direction is southeast! Unfortunately, people born in the year of the Dog are destined to have less good luck in 2018, but you can take relaxing walks in the park to get rid of bad luck. In matters of love, you are best matched with Rabbit, but please avoid Dragon, Goat and Rooster. Recommended careers for Dogs include police officer, scientist, politician, priest, nurse, clerk, and judge. I suppose, Madonna and Michael Jackson, both born in the year of the “Earth Dog” clearly missed their calling?