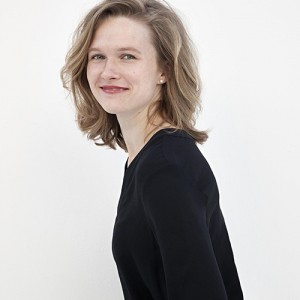 What an extraordinary year!

Some of the well guarded secrets that have long been circulating in the shadow of the operatic spotlight as sheer “rumours” before, were revealed for the first time to the general public. It followed a Me Too campaign as a result of the Harvey Weinstein’ scandal. In a domino effect, dozens of women chose to stand up against the men that once brought them pain and shame. Those women are not alone, in a different context though.

In a broader picture, the year of 2017 has witnessed several outstanding cases where women’s voices were heard loud and clear in the music world. Actions were soon taken to address their concerns to one’s great relief.

It all started in the second half of the year. Soon after Mirga Gražinytė-Tyla, the Lithuanian conductor, began her first year as music director of the Birmingham City Symphony Orchestra, BBC Radio 4 presented a documentary series on her. In the programme, The Telegraph critic Ivan Hewett was quoted saying “Maybe she’s going to have to find her inner man, as it were, just to pull off those really big, rather showy extravagantly subjective pieces”. Ivan had to reflect on his sexism remark and “apologised unreservedly” two days later on Twitter.

In a separate but somehow parallel case, a promotional video went viral after it was posted on Youtube and first reported by me in August. The video, produced and released by Entrée, the youth association of the Royal Concertgebouw Orchestra and Het Concertgebouw, features the back of a woman’s figure whose G-string panties are exposed by the air from an industrial blower to the music of Bach’s Air on the G String.

Although the campaign’s intention was to attract youngsters (ages 18 to 35) in the Netherlands and especially Amsterdam to classical music by literally portraying titles of well-known pieces “with a wink”, the negative comments and controversy it unintentionally raised, particularly among the female, were all the more alarming. Entrée took the video offline. 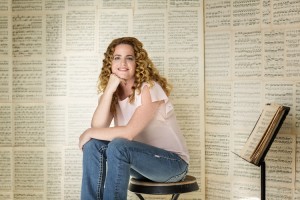 Either the “inner man” incident or the upskirting promo as they were referred to, is a tip of an iceberg on how women, in a long tradition of male predominance, could be perceived by the music industry or even by some leading fellow musicians.

It reached a tipping point at the top echelon when conductor giant Mariss Jansons was quoted saying “Women conductors are not my cup of tea” in an interview in The Telegraph by Ivan Hewett. Jansons’ remark soon became the subject of rounds of heated discussion and speculation as to his take on women musicians in general and women on the podium in particular. The conductor had to clarify his standpoint by releasing a statement from the Bavarian Radio Symphony Orchestra, saying “every one of my female colleagues and every young woman wishing to become a conductor can be assured of my support”.

As a music critic travelling around Europe and Asia frequently, I had the privilege of listening to some of the finest women conductors whose careers are taking off in a world increasingly addressing the urgency of gender equality.

At the beginning of the year I had wonderful memories of Speranza Scappucci, the Italian conductor who conducted Cosi fan tutte in a new production directed by Graham Vick at Teatro dell’Opera di Roma.

There was little doubt that I instantly fell in love with the flourishing drama that she brought out of Mozart’s uncanny score. In the following month I unexpectedly came across her in Vienna during the Opernball where she stepped in for Semyon Bychkov. Unfortuantely I missed her in my hometown Shanghai, where she conducted the Shanghai Symphony Orchestra in Jonas Kaufmann’s China debut in November.

How I wish more women’s voices and sound be heard!