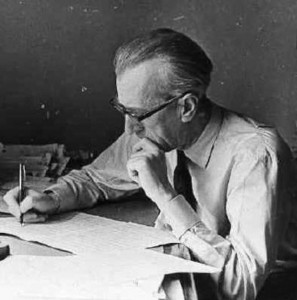 The composer and educator Dmitry Kabalevsky wrote, “We should never for an instant forget our main purpose, which is to interest our audience in music, to emotionally fascinate them, to infect them with our love of music.” The composer’s interest in the musical growth of his audience is immediately apparent in his 24 Preludes, Op. 38. This set is a major contribution to the piano literature with immediate and popular appeal. Similar to Chopin’s famous Op. 28 cycle, it contains a prelude in every key arranged through the cycle of fifths in relative major and minor pairs. Significantly, every prelude is in one way or another based on a folk song. “With the intuition of a true artist, Kabalevsky penetrates into the very essence of a folk-melody, revealing its latent ideological and emotional core and, in this way, creating poetic miniatures filled with profound psychological content.” Dedicated to his teacher Nikolai Myaskovsky, evocative melodies and traditional forms and harmonies create highly attractive music for audiences and performers alike. 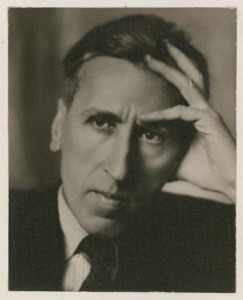 Kabalevsky’s first string quartet, composed under the tutelage of Nikolai Myaskovsky in 1928, is frequently described as “nothing more than a study piece in accordance with classical norm.” Conventionality aside, the work is structured with great refinement and presents a remarkable achievement by a highly confident and enthusiastic 19-year-old. Originally, Kabalevsky had little interest in writing string quartets. But when his teacher and fellow composers and colleagues started to produce chamber works in earnest, he also decided to throw his hat in the ring. While the opening movement recalls the sound-worlds of Myaskovsky and Stravinsky, the second movement is highly reminiscent of Ravel but unmistakably Russian in character. Melancholy introspection and lyricism eventually provide the gateway for folksy exuberance and flamboyance in the finale. In 1945, Kabalevsky composed his second and final essay in this genre, dutifully detailing the grim reality of German invasion, and the “quiet acceptance of forced optimism.”

Dmitry Kabalevsky: String Quartet No. 1, Op. 8
Kabalevsky set to work on his first opera in 1936. The libretto is based on Colas Breugnon, the short 1919 novel by Romain Rolland. The sculptor Colas, who reviews his life and describes all its joys and sorrows, is telling his autobiography. A talented artist and practical joker, Colas Breugnon is, above all, a free man. Rolland was in full support of the project, although he was eventually disappointed by the liberties taken in the libretto. Kabalevsky had made a detailed study of French folk music, but in the end opted against period stylization or direct quotation from native sources. Shortly after its premiere, the composer decided to revise the work, a process that was only completed in 1968. In the interim, however, music from the opera became popular in the form of an orchestral suite that sparkles with transparent orchestration and symphonic color.

The Violin Concerto, Op. 48 was the first of three instrumental concertos composed by Kabalevsky and dedicated to Soviet youth. First performed in 1948 by Igor Bezrodny, the work was intended to serve as a model study piece for young performers. However, almost immediately it attracted the attention of David Oistrakh, who “felt it an appealing piece that deserved professional performances.” Seemingly, this work was Kabalevsky’s response to the fateful 1948 Party resolution, which condemned formalism and urged composers to adopt an accessible, melodious idiom. And the three bright and cheerful movements presented in clear classical formal schemes and sporting tuneful melodies and delicious harmonies are decidedly unproblematic, especially in a political sense. Embracing the Soviet music-making ideal of the mid-20th century, Kabalevsky eventually became an official spokesperson for Soviet musical policy and the undisputed socialist champion of musical education for children.