Artists Behind the scenes
You Know It’s The End of The Season When…
by Janet Horvath August 17th, 2014 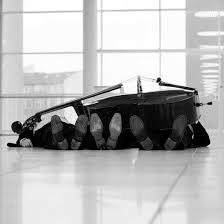 Once again the end of the season finally arrives after weeks of wonderful performances—subscription concerts with great artists and soloists, young people and children’s programs, chamber music performances, and plenty of summer pops programs. Our students scurry to various summer camps and we musicians can almost taste the finish line when we too can take a break, let our muscles recover, and spend time with our families.

The grandest finale worldwide is The Last Night of the Proms in London’s Royal Albert Hall each summer, bringing some of the best musicians to London. The 2014 season, which runs from Friday July 18th to Saturday September 13th, includes 92 spellbinding concerts of all types and 12 world premieres. Chief conductor of the BBC Symphony Orchestra, Finnish Maestro Sakari Oramo, conducts this year’s last Proms concert. The star solo violinist Janine Jansen will perform. The evening will also feature a Mary Poppins sing-along marking the 50th anniversary of the Walt Disney movie. Tickets are hard to come by but fortunately for us the entire program is broadcast live on the BBC – and all round the globe. 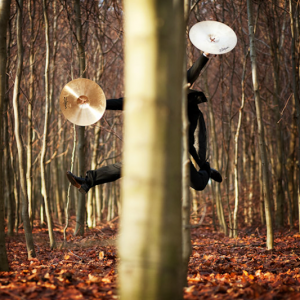 You know it’s the end of the season when things start to happen both subtle and not! Take for example reacting to the conductor. Kurt Sanderling was conducting. When he stopped to make a comment, he suddenly lost his grip on the baton and it flew over the entire orchestra landing at the feet of the timpanist. The timpanist bent down, retrieved the baton and said holding the baton up and between his fingers, “A simple correction will do.”

The end of the season is when that melody you played yesterday circles round and round in your head all day and all night—we call them “earworms.” When the closing concerts are in sight every section of the orchestra thinks one or all of the following, despite the love of the music:

BRASS: You know it’s the end of the season when the guest artist plays an encore and all you can think of is the cold beer you’ve been salivating for and how much longer you will have to wait for it.

WOODWINDS: You know it’s the end of the season when you cannot recall what you played last week and you are racking your brains to remember while a loyal, elderly patron is waxing eloquent about the program. And you just can’t keep up with all the reeds you have to scrape and make.

PERCUSSION: You know it’s the end of the season when the percussionists scurry from one instrument to the other and drop the cymbals, or play the triangle a bit too long into a rest, or trip over the snare drum or (heaven forbid) sit one bar too long and miss the gong cue.

STRINGS: You know it’s the end of the season when you look at the folder containing the music for the upcoming program and you swear you have never played the piece. Then, when you take it home to work on, you recognize your hand writing in the part, with your own fingerings and other pencil markings. Your eyes sting from trying to keep them wide open not to miss any of the millions of notes you have had to learn and which zing by in the concert. Tears flow down your face and the audience thinks you must be exceptionally moved by the performance.

HARP: You know it’s the end of the season when you have a heated discussion with your long-time colleague during a rehearsal that indeed, you DID record the piece you are playing that day. Nonetheless the colleague wants to make a bet that you haven’t.

CONDUCTOR: You know it’s the end of the season when the Maestro forgets his or her score in the dressing room or their hotel room and someone has to retrieve it. Worse still as sometimes happens, he or she has brought the wrong score thinking the program is the one they conducted last week in another city.

I remember one evening when I was totally tuckered out. I had to clear out all my concert clothing, my cello, my extra strings and paraphernalia in my locker. I was in a hurry to get home and left with bundles of clothing in my arms. In the middle of the night I woke up with a start realizing that I had left my cello backstage. Frantic, I churned until a reasonable hour in the morning when I could call our stage manager at home. Needless to say, I was quite relieved when he assured me that he had noticed my instrument in its bright red case. He locked it in his office.

Everyone is pooped physically and mentally—lips are sore, muscles ache, necks are tight and our bottoms have permanent ridges from sitting up and forward for hours in our seats, after months of extraordinary music making!

It’s time to take a much-needed vacation where instruments are actually put down for a couple of weeks. After that time it takes at least three weeks to get back in shape for the opening of the upcoming season, probably another blockbuster. By then we are thrilled about and eagerly anticipating the return of the next season.