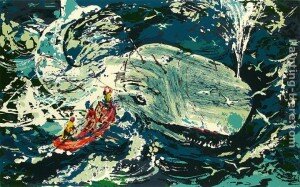 On 1 August we celebrate the 200th birthday of Herman Melville (1819-1891), the author of one of the greatest novels in the English language. But Moby Dick, the epic tale of the voyage of the whaling ship “Pequod” and its captain, “Ahab,” who relentless pursues the title character—a great Sperm Whale—is not an easy read. It’s almost incomprehensible at times, and while we all get the basic storyline, countless interpretations have been advanced to tell us what the novel is really all about. DH Lawrence called it a work of “futurism before futurism had been invented,” as it predicts mass extinction and a climate crisis. It condemns slavery and imperialism, and it’s the first work of western fiction to feature a same-sex marriage, as “Ishmael” the loner narrator shares a bed with the tattooed Pacific Islander “Queequeg.” And it is really just coincidental that the ship’s first mate “Starbuck” gave his name to a global coffee chain? Given it’s multifarious analogies and metaphors, it is hardly surprising that the novel has inspired artists ranging from Jackson Pollock to Led Zeppelin, and from Tom and Jerry to The Simpsons. 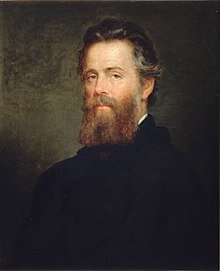 In 2004, the American composer and music theorist Peter Westergaard (1931-2019) composed his setting of Moby Dick: Scenes from an Imaginary Opera. For Westergaard, “Melville’s novel paints a vast canvas. But of the many stretches that might have made good scenes for an opera, I have chosen only those I deemed absolutely necessary to spinning the central yarn.” As we listen to the various patterns of symmetry and internal musical relationships alongside the words, we become aware what Ishmael is actually feeling while he is telling us his tale. The work details two kinds of struggles, one involving only human beings, and those “in which humans six of them armed only with hand-launched spears in a twenty-foot eggshell of a boat attempt to kill a whale in his own element. The question of how to musically encode this roughly 700-page epic of American literature is vexing. Ludovic Bonnier’s solution was first heard at the Théâtre du Nouveau Monde in Montreal in 2015. Taking his inspiration from various North-American influences, Bonnier crafted a score that melodiously complemented the theatrical play. 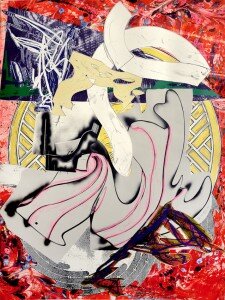 Ahab (From the Waves Series), 1988 by Frank Stella

Bernard Herrmann (1911-1975) was born in New York City to Russian immigrants. To the great surprise of his non-musical family, he took up the piano and violin at an early age and even won a composition prize. Eventually he studied at New York University and the Juilliard School, and as a freelance composer in Hollywood he worked for Alfred Hitchcock in such notable movie classis as North by Northwest, Vertigo, and Psycho. Herrmann had been fascinated by Melville’s novel since early childhood, as his father had served on two whaling ships and was once shipwrecked on an island in the Bering Sea. When Herrmann took over the reigns as conductor and composer of the CBS Symphony Orchestra in the 1930’s, he got inspired to compose a work based on the novel. Initially he contemplated a full operatic treatment, but in the end settled on a cantata, scored for male chorus, soloist, and a large orchestra with radio thunder drums. John Barbirolli premiered the work with the NY Philharmonic on 11 April 1940, and he considered it “the most important musical work he had heard from a young American composer.” 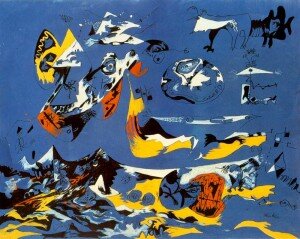 In the musical portfolio of composer Peter Mennin (1923-1983) the Concertato for Orchestra subtitled “Moby Dick” is a singular exception. You see, in nearly all of his orchestral pieces he presents abstract music carrying no programmatic or literary references. However, when he was approached about collaborating on an opera based on the Melville novel, he read and reread the tale multiple times. In the end, the opera came to naught, but when he was subsequently commissioned by his native city of Erie, New York, he responded with his Concertato completed in 1952. According to the composer, he did not attempt to relate a musical narrative based on Moby Dick. Instead, the work “depicts the emotional impact of the novel as a whole rather than musically describing isolated incidents occurring in the novel.” A critic called Moby Dick “the greatest portrayal of despair in literature,” and Melville himself was aware that he had “written a blasphemous book.” Isn’t it curious how such sparks of creativity remain forever relevant? All we can say is, “Happy Birthday Herman Melville.”