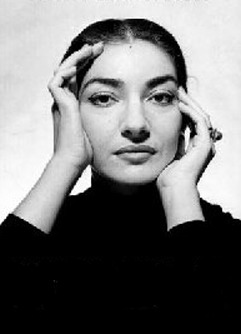 The 38th International Maria Callas Grand Prix will take place in Athens this autumn after a two-year hiatus brought about by the economic and political difficulties in Greece. The competition started life in 1975, immediately after the restoration of democracy to the country. Initially known as the International Music Competition of Greece, the competition initially welcomed only singers, but later on pianists were also allowed to compete for this significant prize. It was after Callas’ death in 1977 that the competition was dedicated to her and from that time it has carried her name.

The competition is one of the most significant in the international calendar, with entrants from all over the world and alumni including singers Nelly Miricioiu, Paata Burschuladge, Marina Poplavskaya (Metropolitan Opera) and Maria Venuti (Wiener Staatsoper), and pianists Vadym Kholodenko and Pascal Godart. Yet the recent turbulence in Greece has threatened its future, and Interlude got in touch with the festival’s Artistic Director Louli Psychouli, General Secretary Anna Koukouraki and the most recent President of the Jury, American soprano Cheryl Studer, to discuss the competition’s past, present and future. We began by discussing the challenges the team has faced in staging the event in the current circumstances.

‘The most painful challenge for us was to overcome the silence of the past two years’, said Psychouli and Koukouraki. ‘We believe that such a long-running institution, associated with an artist such as Maria Callas, shouldn’t be affected by difficult economic and political conditions’. Studer, who named the event as ‘the equivalent of the operatic Olympics’, agreed, describing the situation ‘much more than just unfortunate. When I first heard of the cancellation, it broke my heart’. From such a situation it is remarkable that, due to the efforts of the team, the competition will take place this year, in collaboration with the Michael Cacoyannis Foundation and with the financial support of the NSRF Programme, run by the Greek Ministry of Culture and Sports.

And what of the competition’s namesake? The figure of the Greek-born Callas is for Studer ‘the most iconic figure among opera singers of all time’. Studer also tells us how revolutionary Callas’ performances were. ‘She was eminent in rediscovering many bel canto operas which had long been forgotten’, Studer explains. ‘She was the first singer who considered stage presence and deportment just as important as the voice, and was therefore the first singing actress in the operatic world.’ As well as her new approach to stagecraft she is of course remembered for her extraordinary performances in what Studer describes as ‘an incomparable range of repertoire’. ‘She had an absolutely haunting voice’ she continues, ‘matched by an unrelenting artistic understanding and drive which are unprecedented not only in the operatic world but in the entire world of music-making’. As befits the competition that bears her name, Callas’s artistry has also inspired and influenced generations of singers. Studer reveals that she herself was inspired to become an opera singer ‘after hearing an LP of Maria Callas when I was nine years old.’

The rebirth of the Intyernational Maria Callas Grand Prix is a symbol of hope for a country that is enduring years of pain. Psychouli and Koukouraki certainly believe so, saying that the competition ‘spreads optimism, quality and new perspectives to young artist not only in Greece, but also globally’. As for the future? The team is hopeful that the competition will continue to thrive and support young artists. ‘We truly hope’, they said, ‘that after all these years of hard work, after all this success and satisfaction we have received, that the International Maria Callas Grand Prix will be financially and effectively supported by the state and the international community’. But central to their ambitions is ‘La Divina’ herself. ‘Callas is a treasure that honours this country and its musicians’, they said. ‘With competitions of this level, we commemorate her legend and we confirm the continuity of her global legacy.’