Composers Anecdotes
The Supernatural in Music
X. Dance of the Fairies: Mischievous Imps
by Maureen Buja May 17th, 2014 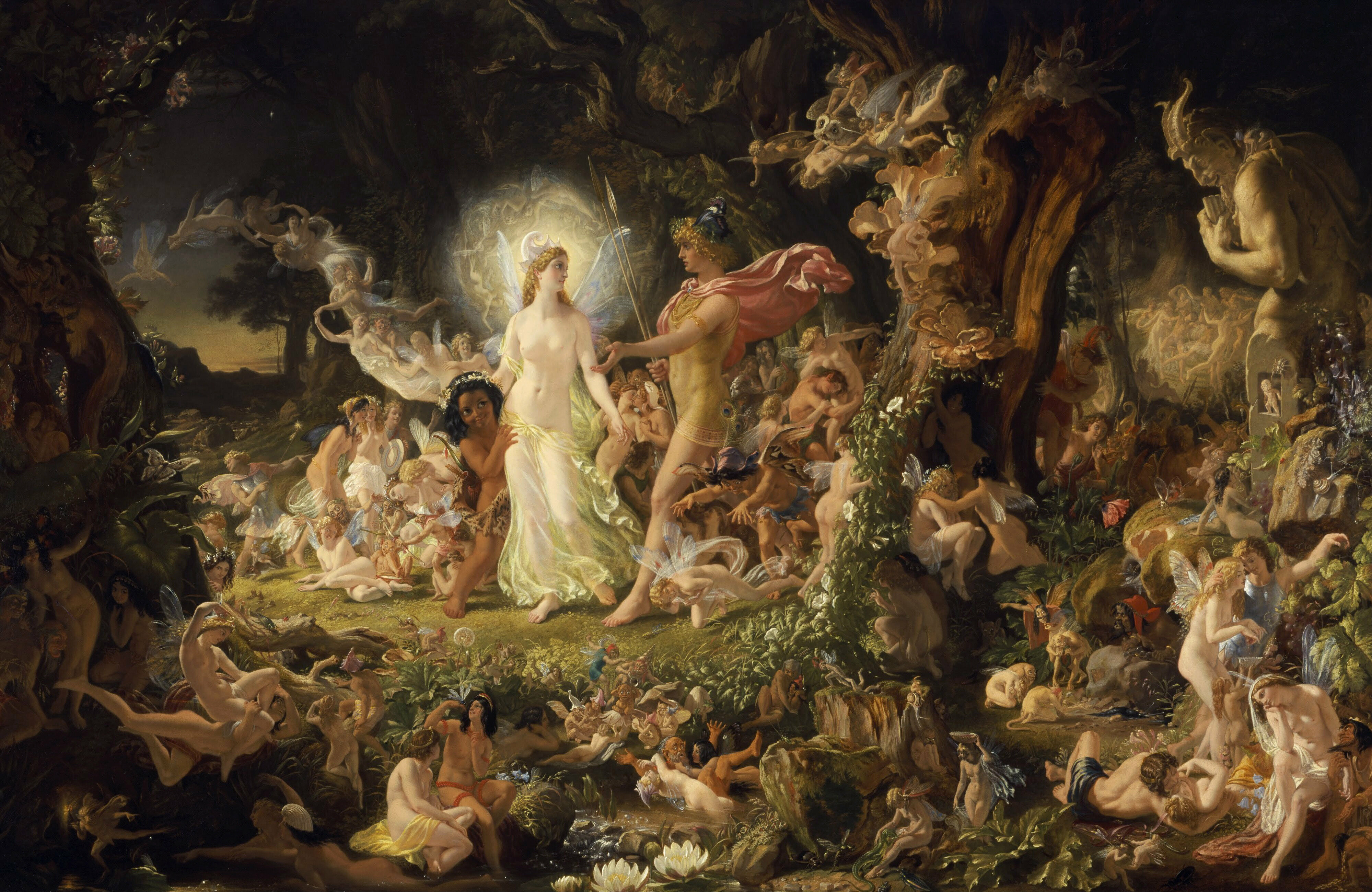 The Quarrel of Oberon and Titania by Joseph Noel Paton 1846

In the Romantic era, the Fairy was a lovely creature – rarely seen but with sometimes beneficial charms. In no work was Fairy music better expressed than by Mendelssohn in his incidental music for Shakespeare’s A Midsummer Night’s Dream. In this play of lovers lost in the woods and the King and Queen of the Fairies having a family argument, the entries of the fairies with the beautiful Titania is set to one of the most enchanting pieces of music Mendelssohn ever wrote. The Scherzo movement carries both the lightness of the ethereal fairies’ entrance and has the undertones of the disagreement between Titania and her husband, the Fairy King Oberon.

This music was played between Act I and II. Act I sets up the situation with the human lovers (Theseus and Hippolyta and their friends) and the comic hijinks of the amateur actors (Bottom the Weaver and the ‘mechanicals’). Act II marks the entry of the Fairy Court and Mendelssohn carries them in with the lightest touch. The flutes and piccolos and other high woodwinds gradually gather the strings behind them as they portray the entry of the otherworldly. 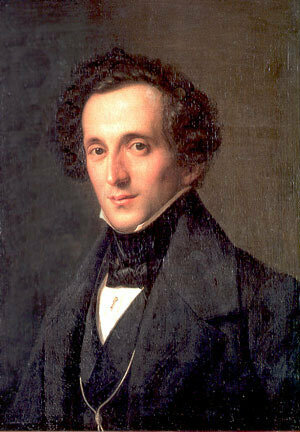 Henry Purcell, although he didn’t write a work entitled A Midsummer’s Night Dream, did write a semi-opera called The Fairy Queen, intended to be performed between acts of the Shakespeare comedy. When we listen to Purcell’s music, we hear music that seems to have a lot of affinity with Mendelssohn’s later work:

In his 1960 work, A Midsummer Night’s Dream, Benjamin Britten turns the story around and opens with the entry of the fairies. Slithery strings, boy’s voices, and evocative woodwinds, particularly the clarinets, take us to another world from the moment the opera opens.

Britten takes us to another world as well, with the use of the high boy’s voices, rarely heard in opera, and with Oberon, the King of Fairies, being played not by the normally heroic tenor, but by a countertenor. This male voice, sung nearly at the same pitch as a soprano, is a very different sound that normally heard on the 20th century opera stage. The voice of Oberon, more than that of any other singer, is another reminder that we are in another time and place.