Composers Anecdotes
The Supernatural in Music
I. The Interval of the Devil: Basic Musical Elements
by Maureen Buja March 16th, 2014 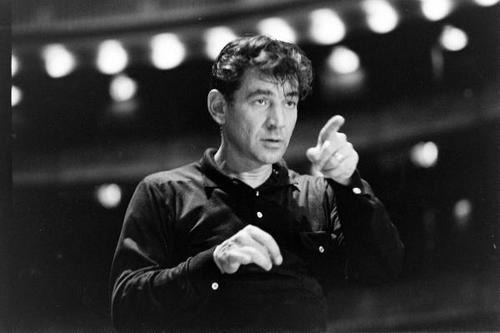 The Devil is incarnate in music! Or so the medieval musicians believed as they worked to develop the basics of sound. Some pitches, when sounded together, just seemed to make an organ howl, hence they were known as wolf tones. As the tuning systems were gradually brought into control – witnessed by Bach in his “Well-Tempered” series – there remained one pitch combination that was to be avoided: that of the augmented fourth. A regular interval of a fourth cover five semi-tones (C-C#-D-D#-E-F). An augmented fourth adds the next semi-tone to go to F#. When you play the C and the F# together, it’s a dissonant sound and you long for it to resolve. The augmented fourth, or tritone, is known as the Devil’s Interval.

The music theorist Johann Joseph Fux called the tritone the diabolus in musica (the Devil in music) in his 1725 theory book and other theorists of the 18th century followed him in naming this feared interval.

Composers avoided widespread use of the triton until the Classical era when it became a common part of the composition process of cadences – having a bit of tension before the release of the end of the phrase, but was used in a very limited way – the Devil still had a bit of bite!

Composers such as Liszt in the Romantic period used the tritone deliberately to evoke the Devil in works such as his piano sonata commonly called the Dante Sonata (or, to give it its full name, Après une Lecture de Dante: Fantasia quasi Sonata (After a Reading of Dante). Once the tonal system was discarded by twelve-tone composers, the interval lost its ability to frighten but still makes an appearance in popular music. 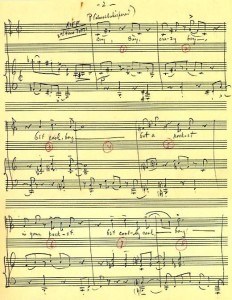 Leonard Bernstein said that all of West Side Story was based on the tritone interval. It’s audible everywhere, from the opening intervals of “Cool Boy” to the haunting melodies of “Maria”, where the opening lines explore various intervals for the three syllables of Ma-Ri-A until finally we get the tritone and the resolution. The song starts with the words set to the same repeated pitch and then Tony reaches HER name and it all changes.

In this recording, as Tony sings about Maria, her name seems like an echo of his thoughts until 00:40 where he emphasizes the name of his beloved and we have the leap to the tritone resolving on the last syllable of her name.

The use of the tritone gives us an idea of what lies ahead for our doomed couple – the Devil will have his say in Tony’s murder and Maria’s own closed future.

Keep an eye out for further articles on the appearance of the Devil in his many manifestations in music as a tempter of innocents, as a bedevilled violin, and a dancing clarinet.