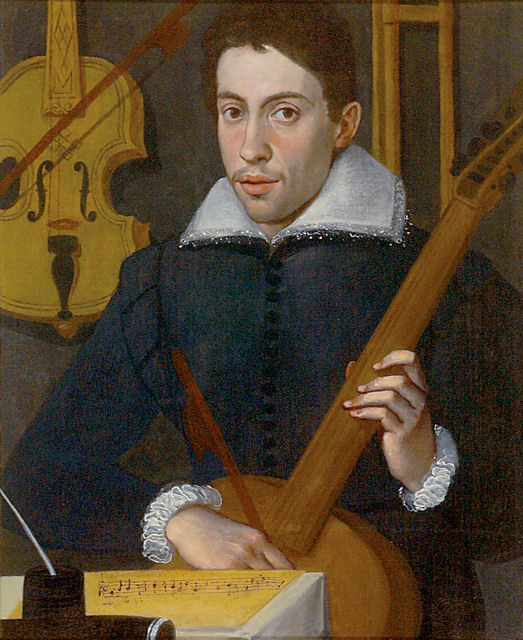 The musicologist Denis Arnold once famously suggested that to perform the Vespro della Beata Vergine (Vespers for the Blessed Virgin), composed by Claudio Monteverdi is “to court disaster.” Arnold further asserts, “To write about it is to alienate some of one’s best friends.” Apologies to all my friends, but I will nevertheless try to explain what all this seeming controversy is all about. The first thing to know about the 1610 Vespers is the fact that it is a towering masterpiece of epic conception and structure. Musically, it represents a compendium of all commonly heard musical styles in Italy at the beginning of the 17th century. Yet in modern performance and interpretation, each concert has to take a stance on various issues, ranging from liturgical interpretations to performance practice.

Although published in 1610, individual movement of the Vespers had been composed at various times, and Monteverdi assembled them into a more or less coherent unit shortly before publication. Verspers, as you know, is the sunset evening prayer service of the Roman Catholic Rite. Musically it includes psalms, hymns and chanted lessons. Monteverdi’s setting, however, also includes a suite of instrumental dances, concerto sections for voices and orchestra and even a love song. We still don’t clearly know or understand why Monteverdi combines sacred and secular music in an almost operatic style, or what prompted him to publish this work in the first place.

Between 1590 and 1612, Monteverdi made his living working for the Gonzaga family in Mantua. His relationship with the ducal court was rather strained at times, and Monteverdi was actively seeking employment elsewhere. It is entire possible that the publication of the 1610 Vespers — dedicated to Pope Paul V — was intended as a prospective resume for a post of maestro di cappella at a major church or cathedral. Although there is no evidence that the Verspers was performed around the time of its publication, we do know that Monteverdi was eventually appointed maestro di cappella at St. Mark’s in Venice in 1613.

The conventional order of events at a Verspers service includes an opening versicle and response, five psalms, a liturgical hymn and a concluding Magnificat in praise of the Virgin Mary. Conventionally, the psalms would be preceded and followed by an antiphon. For his 1610 publication, however, Monteverdi substituted five motets instead. Scholars have hotly debated whether these sacred concertos — as the first printed score indicates — should actually be part of the Vespers, or represent independent and separate compositions. Disagreements about historical context and the correct order of movements aside, significant arguments arise over matters of performance practice.

The title page of the first edition suggests performance by a relatively small number of performers, with one singer to a part. Nevertheless, it is not uncommon today to hear large choral forces attempting to realize the splendor of the music. Adding to the confusion, Monteverdi was very specific about exact instrumentation for some movements, down to the organ registrations to be used, and completely silent on that matter for others. Furthermore, two movements feature notation that suggests some sort for transposition. A downward transposition solves the problem of exceedingly high instrumental parts, but introduces painfully low vocal parts. Many of today’s performances might not be historically authentic or even represent the composer’s intention, but are guided by practical adaptations for available instrumental forces or the occasion of the performance. Whatever the case may be, the 1610 Vespers is a remarkable collection of music in a grand musical design, full of sensuous intimacy and drama that is theatrically maintained.

The Vespers will be performed by the Monteverdi Choir on March 5th 2014 at the Chapel of King’s College, Cambridge.