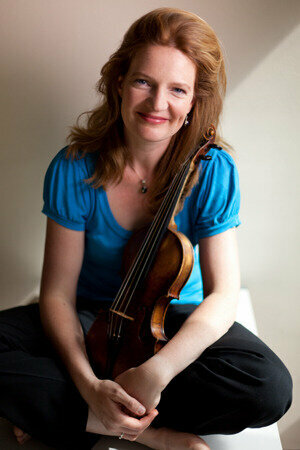 In its 30th year, the 2014 Lufthansa Festival presented a variety of music heard in Britain during the early 18th century under the reign of the Georgian dynasty. There were many favourites on offer, such as Handel’s Coronation Anthems, Ode for the Birthday of Queen Anne and the oratorio Joshua, given by renowned ensembles such as The Sixteen and the Choir of Westminster Abbey. I chose to attend three other events whose inventive programmes had caught my eye.

On Saturday evening, British violinist Rachel Podger joined forces with Polish ensemble Arte di Suonatori to perform music by the Italian violinist composers who came to dominate British music during this period. We heard of course Handel and Corelli, but how good also to hear equally inventive music by Geminiani and Veracini, especially in Podger’s thrilling interpretations. The first of two magnificent solo violinists I heard in the festival, Podger’s playing was always dramatic, always alive – a series of echo effects in Veracini’s Sonata in E Minor op.1 no.6 employing two offstage players was a highlight. For me the best of Baroque interpretation combines constant creativity and invention with a precise understanding of every movement’s character; we certainly enjoyed the latter in Podger’s encore of an Adagio from Vivaldi’s La Stravaganza. Next to such engaging playing, Arte di Suonatori’s own performances could only feel a little dry.

On Tuesday evening, L’Avventura London presented an eclectic selection of theatre songs and instrumental music with the exciting young British singers Mary Bevan and Anthony Joshua. Many of the songs on offer, dispatched with elegance and wit by Bevan and Joshua, were written for sheer entertainment; I was particularly moved by the tongue-in-cheek A Tragical Story of a Mare, Compos’d in the High Style by Henry Carey, or ‘Signor Carini’…! I also enjoyed L’Avventua London’s instrumental performances, from Corelli’s familiar Christmas Concerto to two of Johann Christoph Pepusch’s delightful Airs for Two Violins. It takes courage to offer a whole concert of almost entirely unfamiliar music, but this concert was a rare opportunity to hear a great variety of compositional styles and voices (as well as Pepusch and Carey, I enjoyed music by Ziani, Leveridge, Mattheson and Abell) and a reminder that the Baroque era was about more than the handful of masters we celebrate today. 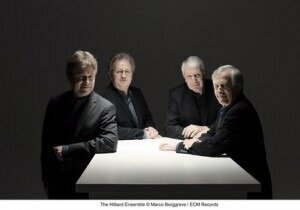 On Friday evening, the Hilliard Ensemble with violinist Kati Debretzeni gave quite simply one of the most extraordinary concerts I have ever attended. ‘Morimur’, an hour-long programme of Bach’s chorales and solo violin music, stems from research conducted by Helga Thoene that explores the mighty Chaconne from Bach’s D minor Partita. Thoene posits that the movement is a memorial to Bach’s first wife Maria Barbara, who died in the summer of 1710 while Bach was returning from a trip to Karlsbad, and that fragments of the great Lutheran hymns of mourning, Christ lag in Todesbanden, Jesu deine passion and so on, are ‘hidden’ within its 64 variations on a ground. In this concert, those chorales were interspersed between the whole of the Partita, with the falling semitones of Den Tod niemand zwingen kunnt acting as a sort of refrain, bookmarking the programme and appearing twice within it as well. Debretzeni’s performance of the whole Partita was exceptional – as with Podger, this was an object lesson in Baroque interpretation. Never forced or excessive, every phrase of each movement was illuminated with subtleties of phrasing and colour, and bound together with an infallible sense of structure.

To play the Chaconne once in an evening is a feat, but to play it twice is remarkable, and I was in no way prepared for the shattering experience of hearing Debretzeni’s performance with the chorale melodies overlaid (Christ lag in Todesbanden fits exactly over the opening bars-do try it at home). At each turn were fresh shocks of meaning and understanding, the single violin line transformed into a three-dimensional object. It was as if this wordless music was suddenly given voice.

It was a rare example of research informing and transforming our listening experience, with scholar, performers and audience in a three-way conversation that took music we thought we all knew and made us hear it afresh. The word is frequently bandied about, but ‘Morimur’ was a genuinely revelatory performance, and its serious, inquisitive approach should stand as a model for all concert-givers.

Bravo to all performers, and bravo to the Lufthansa Festival – a superb array of programmes and performers that demonstrated the richness both of the musical landscape in the early 18th century and of historically informed performance today. Lindsay Kemp informed each audience that, with this the last year of Lufthansa’s sponsorship of the festival, significant sums remain to be raised for next year’s event. Do support them if you can.