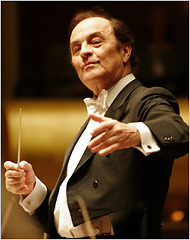 Anything can happen at a concert and in the three decades of my career I have experienced some unexpected and memorable incidents.

Charles Dutoit was the principal guest conductor of the Minnesota Orchestra in the 1980’s. He conducted with French elegance — his moves suave and lithe. We were performing the Rachmaninov Symphonic Dances when suddenly Dutoit’s baton went careening out of his hand and landed point down onto the ebony fingerboard of my cello between the strings. It broke in two, bounced back into the air and the pieces landed on the stage. A colleague and I lunged as unobtrusively as possible, vying for this souvenir after the movement was over. Needless to say, I had my half of the baton autographed by the Maestro.

Conductor Leonard Slatkin was music director of the Saint Louis Symphony at the time of his New York Philharmonic debut in 1974. To his chagrin, he too lost control of his baton at this auspicious occasion. It went flying into the audience. Much like at a baseball game when a ball goes into the crowds, audience members tried to catch the escaping baton. Slatkin, who had his back to the audience, could not understand why the orchestra members were laughing so hard that tears streamed down their faces. A matron sitting near the front was wearing a dress with a plunging décolletage. The baton had landed directly in between her ample bosom. 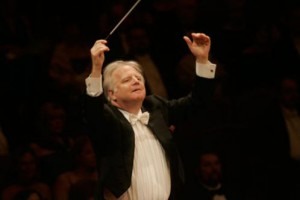 Sometimes people have ulterior motives for coming to a concert. It may be to impress a date. Recently, a young man purchased tickets to the Minnesota Orchestra’s performance of Dvorak’s 8th Symphony, which was his girlfriend’s favorite symphony. He plotted for several months planning to propose after the performance, champagne at the ready. The young lady was moved to tears by the beautiful music. Outside immediately after the performance while the music still resounded in their ears, the young man got down on one knee and made his proposal. Tears flowed once again as she said yes!

Another time, an even braver person arranged to come onstage to propose. A microphone was provided and he announced his intention in front of the entire audience.

I remember a concert when a lady who was sitting in the very front row talked throughout the entire overture and the first tenor aria in the Messiah. Every other word, or so it seemed, was a swear word. She could be heard quite well by the orchestra and audience members around her. No amount of shushing stopped her. A colleague was so annoyed that he got up during the performance walked to the edge of the stage and asked the woman in no uncertain terms to please stop talking. She was distracting both to the audience and the performers. After several more moments of music, she jumped out of her seat exclaiming that the performance was too long and terribly boring and she left in a huff. During the intermission several audience members shook my friend’s hand and gave him the thumbs up for his actions. A most exciting Messiah!

Truly mesmerizing concerts bring about a wonderful collective hush in the audience. You can almost hear a pin drop. At a recent concert of the Chicago Symphony the soft gentle second movement of the Brahms Symphony No. #2 was gracefully ending, and such a hush occurred. Suddenly the reverie was rudely interrupted by the sound of a fist slamming into someone’s face. An irate man in his 30’s had started punching a much older man. Apparently patrons could hear the fist fight so loudly that everyone started running toward the exits. The altercation was up where the elite well-dressed patrons sit, in the boxes. Some people get quite possessive about their seats. The conductor, Ricardo Muti, looked over his left shoulder and glared at the offender, continuing the quiet ending of the movement. He never missed a beat. 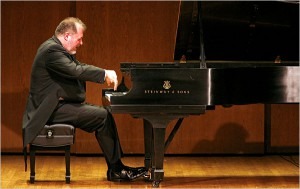 Pianist, Garrick Ohlsson has been a frequent guest soloist of the Minnesota Orchestra. Many musicians are on the lookout for new and better chairs, as was Ohlsson. Our stage crew set up for the piano concerto, wheeling in the grand piano and bringing in a new state-of-the-art hydraulic piano bench. Ohlsson made his entrance to enthusiastic applause, which died down as he lowered his considerable frame onto the high-tech piano stool.

I was sitting principal cello. From my vantage point I could only see Ohlsson’s head. The rest of him was hidden from my view behind the piano lid. We began playing the thunderous opening to the Grieg concerto. Suddenly I heard a little squeal and saw Ohlsson’s head drop about a foot! I wondered what had happened. We kept playing. I couldn’t help but notice the considerable mirth from my colleagues that soon degenerated into raucous laughter. Ohlsson to his credit played the entire first movement practically seated under the piano. What I didn’t see was that after the bench had collapsed several inches, it started leaking hydraulic fluid. Foam and liquid oozed down the piano bench legs and onto the stage! At the conclusion of the first movement, Ohlsson leapt up and bellowed to the audience, “ Well I was nervous, but not that nervous!”