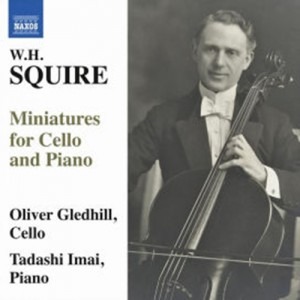 William Henry Squire was Britain’s leading cellist from the late 1890s to the late 1920s and a prolific artist in the early recording era. He composed a series of exquisite miniatures for the instrument, the finest of which are collected here for the first time. They were written largely between the ages of 18 and 33, often with specific audiences in mind—whether Promenade Concerts, recital platform or grade examinations—and include his signature piece, Sérénade, Op. 15 and his enigmatic tribute to Dvořák, the Chansonnette, Op. 22. Five of the twenty have never before been recorded.