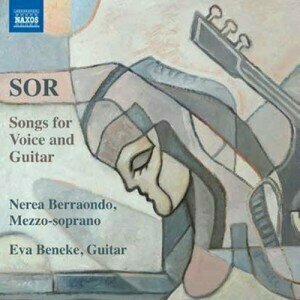 Sor: Songs for Voice and Guitar

Fernando Sor was one of the greatest guitarists of his era and his works are still extremely popular today. His songs, however, are much less well-known. They demonstrate the superb flair of Sor’s vocal writing, in three languages, as well as the variety of his virtuosic guitar accompaniments. The three groups of songs presented here (in addition to Sor’s setting of two patriotic texts) offer distinct styles of composition, ranging from arrangements of arias from Mozart’s Don Giovanni to the dance elements of Spanish folk song.