Artists Behind the scenes
Sight-reading May Save Your (Musical) Life!
by Janet Horvath November 5th, 2014 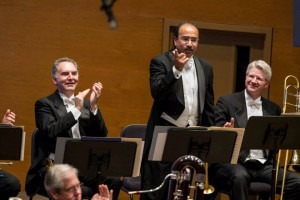 When I was a fledgling cellist in the Indianapolis Symphony I remember not thinking much about playing an outdoor concert—the program entailed “crowd pleasers.” When I arrived to the park I was told that the principal cellist’s car had died. I’d be in the hot seat. The overture on the program had a huge cello solo. What could I do? I had to play it, and because it was one of my first programs with the orchestra, it had to be good. The solo had several big leaps in high positions. My blood pressure was at an all-time high and I am sure I didn’t breathe at all. Somehow I got through it.

From time to time musicians encounter emergencies. We are human after all, and people get sick, get lost on the way to the hall, get stuck in traffic or snow as in the case in Minnesota, soloists or conductors cancel, or they go to the wrong venue! The show must go on…

Having good sight reading skills is essential to a musician. This was evidenced recently during The Minnesota Orchestra’s opening night on September 16th, which included the Samuel Barber Cello Concerto performed by cellist Alisa Weilerstein, followed by Mahler’s Resurrection Symphony No. 2— a lengthy and challenging work for “The largest possible contingent of strings” ten horns, eight timpani, eight trumpets, chorus, two solo singers, organ and an offstage ensemble of brass and percussion.

Many orchestras have four trumpet players each with specially designated roles. The fourth trumpet is called the utility player and that person will play any position that is needed. The third trumpet and assistant principal has to have a killer low register for the third part but also a fabulous high register, as he or she has to play the lead part quite frequently. The second trumpet is the principal player’s shadow. This player must match the principal player exactly— rhythmically and intonation or tuning-wise.

Often orchestras will designate the 3rd trumpet to play the principal part in the concerto on the program so that the symphony gets the fresh lips of the principal player. When there is a huge work on the second half of the concert this is all the more appreciated.

The Barber Cello Concerto is a wonderful work that has not been performed here for a very long time and as it turns out, it has a difficult and tricky orchestral accompaniment. According to Manny Laureano, principal trumpet, the final solo in the piece requires a small trumpet— a Bb piccolo trumpet, to pull off that solo. He went on to say, “My usual comment when I see a part like that is, “Sucks to be you, pal.” Doug Carlsen was to play the concerto as usual, so that Manny would be in top form to play the Mahler. But when Manny arrived to Orchestra Hall that Friday evening he was told that Doug had taken ill. Manny said, “you’re kidding me right?” He hurried onstage to look over the part to the Barber for the few minutes he had—of course without any rehearsal. The other trumpet players talked him through the piece, giving Manny a heads up on some of the trickier passages and where there were unexpected mute changes, solos, any sudden tempo changes or unwritten freedoms from the soloist. Oh and by the way, this was a live broadcast evening. 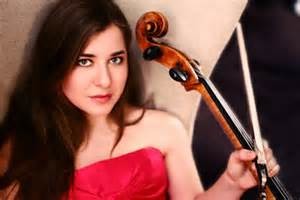 It was going swimmingly until at one point he had to scramble to remove his mute as well as turn the page. Manny miscounted. The second trumpet player had to whisper where they were just in time for Manny to get his trumpet up for a big solo without knocking his teeth out!

I remember all the years I studiously prepared all of the cello solos in the repertoire that we were to perform, keeping an eye on the clock before the concert, nervously listening for a phone call that might dramatically change my evening. If there was a big solo that evening, I’d apprehensively look for the principal player when I arrived at the hall, sighing with relief when I’d see him walk in.

I remember when I did get the phone call very near 7:00 p.m. for an 8:00 p.m. concert. The principal cello had a family emergency. The program that evening featured Richard Strauss Thus Spake Zarathustra. I literally dropped everything, raced out the door and drove like a maniac to get to the hall. Every minute counted to look over the part. Although my heart beat twice as fast as normal and my eyelids were glued open it went pretty well.

There is really no such thing as an innately good sight-reader. One can and should practice sight-reading. Build it into your practice sessions. Take a passage of any piece of music and play it from beginning to end without stopping for anything. Make sure that before you start you eyeball the tempo marking, the time signature, the key signature and take a quick second to look for any trouble spots. Then go for it. You will soon discover that your sight-reading will improve as will your confidence, and you won’t be sorry. Anything can happen in a live performance.

In this 1966 Decca recording, Raya Garbousova (1909-1997) performs the first movement of Barber Cello concerto, Op. 22 — a work that Barber wrote for her, and which she premiered with Serge Koussevitzky and the Boston Symphony Orchestra in 1946. In this performance — the first issued on an LP — Garbousova is joined by the Music Aeterna Orchestra, conducted by Frederic Waldman.

Brass except from Mahler Symphony 2