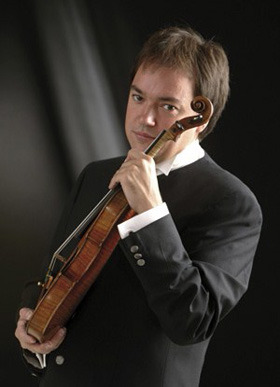 Born in Moscow into a family of musicians, Sergej Krylov started studying the violin at the age of five and made his debut with orchestra at ten, performing in Russia, China, Finland and Germany.
At a very young age he won the First Prize at the International Competition “R. Lipizer” and, after studying with Salvatore Accardo, he was awarded the First Prize at both the “A. Stradivari” Competition in Cremona and the prestigious “Fritz Kreisler” in Vienna.

Last February 2009 Krylov has been nominated Music Director of the Lithuanian Chamber Orchestra, after Saulius Sondeckis.

His discography, next to the very recent publication of the 24 Caprices of Paganini, includes recordings for EMI, Melodya and Agorà.