‘Stay in Touch with the World’ 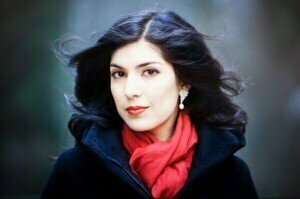 ‘Part of being a musician is not just practice. There are so many people who spend so many hours in the practice room, their minds don’t grow, and that’s really sad. You really need to be open – for other aspects of life, not just music. We have so many great thinkers – read some books, go to the cinema, stay in touch with the world somehow!’

These are the words of Schaghajegh Nosrati, a young German pianist fresh off the back of a European tour with Sir András Schiff, playing two of Bach’s concerti for two pianos with the Capella Andrea Barca. Schaghajegh has earned a reputation as an interpreter of Bach, her recent tour marking the latest point in her long-lasting love affair with his music.

‘I grew up in a family where we listened to a lot of Bach, so it was very familiar to me from the beginning,’ Schaghajegh explains. ‘My first teacher always made us play at least one piece by Bach, so I started with his easier pieces very early on. I just feel very much at ease when I play his music, it feels very natural to me somehow. I loved his music very deeply, and this love just grew and grew.

‘It’s hard to describe, but it creates a sense of coherence for me, especially in this world which seems so confusing and absurd to me. When I listen to his music I feel like there must be some greater sense in all of this. Although I’m not a religious person at all, somehow his music creates a feeling of coherence for me.’

A turning point for Schaghajegh was learning Bach’s The Art of Fugue when she was 17. ‘I was so fascinated by the theme. My teacher encouraged me to learn the whole thing, and I think this work was really the key for my understanding of not only Bach’s music but every kind of music. It was a very important step in my development.’

Bach: Prelude and Fugue in B flat minor BWV 891

When not on the platform or teaching at the Hochschule in Hanover, Schaghajegh can be found with her head in a book – some of her favourites are Dostoevsky, Tolstoy and Julian Barnes – or in her garden: ‘I have quite a variety of tomatoes,’ she laughs. ‘It’s relaxing for me.’

These are Schaghajegh’s ways of ‘staying in touch with the world’, of feeding back into performance things gained from elsewhere in her life, something she believes is incredibly important. Her most listened-to CDs (‘I’m very old fashioned!’) range from Paco de Lucía to the traditional Iranian music played by her husband. 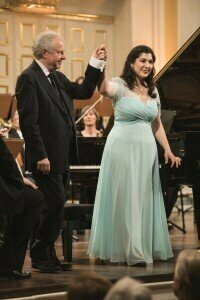 Schaghajegh believes that music – particularly that of Bach – can be listened to purely on its own terms, something which is increasingly forgotten in today’s industry. Recalling a concert given by András Schiff she saw in Germany when she was about 14, she mentions the sheer power of the music she experienced.

‘It taught me that it can be possible to play very big programmes – the public really enjoyed it, nobody was tired. Music doesn’t need to be so ‘entertaining’ all the time. Nowadays, there is a tendency to make programmes as easy as possible for the public. Many people just consider it ‘entertainment’, but I don’t think this is right, just to attract a few more listeners.

‘Of course you can earn more money by doing this, but you don’t need to attract people just by selling music as entertaining. Nowadays, people just want to watch, they don’t want to listen. Everything is so visual.’

For Schaghajegh, this problem is tied into how young musicians view themselves, and can lead to skewed perspectives on what constitutes ‘success’ in the industry.

‘I feel that people spend more time creating an image of themselves on social media and on their websites, and it takes so much time, time that could be spent in a much better way just focusing on your music. I don’t want to be too conservative or say that this isn’t important at all, but I think when you’re young you just need more time to be mature and get to know more music.’