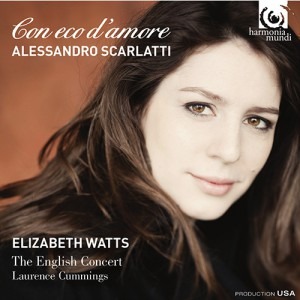 Master of the Aria. With a voice described as “one of the most beautiful Britain has seen in a generation” (International Record Review), soprano Elizabeth Watts has established herself among the brightest talents performing today. In this selection of rarely heard Alessandro Scarlatti arias from his cantatas, serenatas and operas, she is joined by the acclaimed period instrument ensemble The English Concert led by Laurence Cummings.