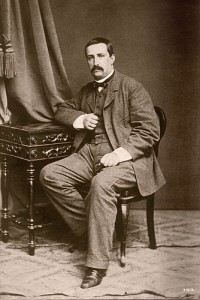 It all started pretty innocently. Gania, the young adopted daughter of Alexander Borodin asked her father to play a piano duet with her. Borodin objected by telling her that she did not know how to play. “But Daddy,” Gania replied, “I do know how to play the Cutlet Polka.” The “Cutlet Polka,” known in Russia as the “Dog’s Waltz” is a two-finger piece very similar to what we know as “Chopsticks.” Borodin relented and improvised a duet polka, with his daughter repeatedly playing the Cutlet theme in the primo part. Now that’s what I call the cute factor! Borodin’s friends César Cui, Nikolai Rimsky-Korsakov and his student Anatoly Lyadov found the idea intriguing and feverishly competed with one another to discover additional possibilities of fitting characteristic music to accompany the “Cutlet Polka.” 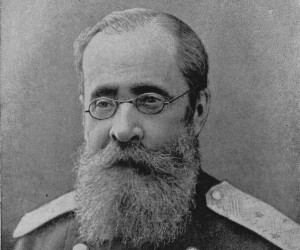 The trick was to invent all kinds of harmonic and contrapuntal complications in the accompanying part, which would require an experienced pianist. Of course, they also asked Balakirev to contribute, but he indignantly opposed the idea. “It would be an extravagant exaltation of technique,” he writes, and also “a debasement of creative aims.” Modest Mussorgsky, who found the project meaningless had similar objections but in the end did compose a contribution. However, Mussorgsky was unable to keep to the stipulated conditions and “insisted on his right to change the cantus firmus to suit his inspiration.” When he was asked to revise his little contribution, he simply couldn’t be bothered! 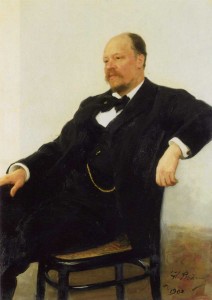 The album was published in 1879 by Rahter and consisted of a set of twenty-four variations plus finale. Also included were a set of 14 individual pieces by Borodin (the original polka, a funeral march, and a requiem), Rimsky-Korsakov (a tarantella, menuetto, berceuse, “fugue grotesque,” “Fughetta B-A-C-H” and a carillon. Similar to the bells in Boris Godunov, the contrapuntal lines are layered in successive diminution! Cui contributed a “valse,” and Lyadov a “Valse à la Chopin,” a gallop, a gigue, and the concluding cortège. The publication found some resonance among the general public, but not everybody was charmed! Tchaikovsky writes to Nadezhda von Meck in November 1879: “I know the Variations by Rimsky-Korsakov & Co. very well. The work is original in its way and shows some remarkable talent for harmony in its authors. At the same time I do not care for it. It’s too heavy and spun-out for a joke, and the everlasting repetition of the theme is clumsy. As a work of art it is a mere nonentity. It is not surprising that a few clever men should have amused themselves by inventing all kinds of variations upon a commonplace theme; the surprising thing is their having published them. Only amateurs can suppose that every piquant harmony is worthy to be given to the public.” 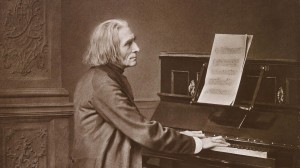 Franz Liszt had been an early admirer of the new Russian school of music, and he expressed his enthusiasm for the “Chopstick Paraphrases” to a friend in St. Petersburg. When Liszt’s praise became public, a number of critics immediately denounced the idea that the “great Liszt could possibly have approved such a frivolity.” In response, Liszt composed a tiny prelude leading into Borodin’s original polka. This Liszt introduction was published in the second edition in facsimile, successfully silencing his critics. Of course, Tchaikovsky was still not impressed and wrote, “Liszt, the old Jesuit, speaks in terms of exaggerated praise of every work which is submitted to his inspection. He is at heart a good man, one of the very few great artists who have never known envy and Wagner and in some measure Anton Rubinstein owe their success to him, and he also did much for Berlioz. But he is too much a Jesuit to be frank and sincere.” The Chopsticks Paraphrase gradually grew to include 17 additional pieces, including a contribution from Nikolai Shcherbachov in 1893.