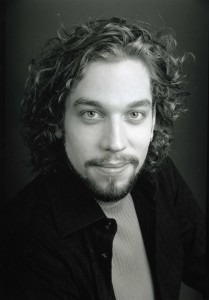 ‘I read a lot of interviews and find people don’t ever say anything,’ I am told. ‘I just think that to make something worth reading there’s got to be something more than ‘Opera’s great. I love it, and everything’s going to be fine.’’

These are the words of Canadian bass-baritone Robert Gleadow, a young artist shining amidst glittering reviews and high profile international engagements.

And just for the record, he does think opera is great – although he’s not drawn to all of it equally.

‘I find some opera very difficult to sit through – stuff that isn’t very realistic. A lot of romantic stuff is nice music, but it doesn’t really work as a drama.

‘I’m drawn as much to the play as much the music. The Mozart/Da Ponte operas [such as The Marriage of Figaro] are definitely very approachable, also things like The Tales of Hoffman or Faust.

Robert came across opera when he was 16. The first time he saw an opera was on PBS – Don Giovanni from the New York Met with Bryn Terfel – and his father instilled in him the realisation that he could ‘be like that guy’ on the TV.

His teacher bought him opera books, he started singing from them, then joined an opera chorus, and it continued to snowball until now at the age of 30 he holds an impressive list of performances, singing at the Théâtre de Champs-Élysées, Royal Opera House, Houston Grand Opera, and the Verbier Festival to name just a few.

Despite his international success, Robert says there are still times when he gets nervous singing with orchestras. ‘I think every musician has that, because they’re your peers, and you know they’re going to judge you.’

This is just part of his view on the classic instrumentalist vs singer divide. He cites his work with Jérémie Rhorer and the orchestra Le Cercle de l’harmonie as particularly enjoyable for this very reason: that it breaks down that perceived opposition.

Robert has friends in this orchestra – and the baroque tradition of a slightly raised pit means that eye contact between stage and band is possible during the show. ‘I wish there was a bit more of a ‘we’re all in it together’ feeling, rather than there being this divide,’ he explains. 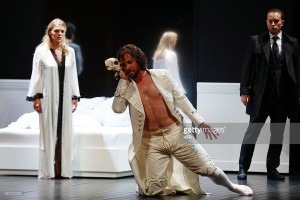 ‘You’ve put on this amazing art together, but don’t know who anyone is. The orchestra is a collective, the singers have been working together for so long, and the conductor has to try and bridge the gap.’

And it’s not just professional relationships that are tested as a travelling musician. Robert’s family back in Canada often don’t see him for weeks at a time.

‘It’s a double-edged sword. In one way it makes you wonder about your career, since you’re away for so many events – I missed my son’s first steps, his first teeth falling out – but at the same time they give you an incredible grounding, and they make you realise it’s not all about your career.

‘People that don’t have that just have their eyes on the prize, but it gives you something extra to fall back on on those days where a show doesn’t go how you want it to – that there are still five people back home who love you unconditionally.’

So, scratching below the surface of ‘everything’s going to be fine’: what does Robert think of the recent closing of opera houses, of companies going bust?

‘I don’t think classical music education is presented at young enough an age. People don’t have the musical understanding of what’s going on. Out of all the art forms opera’s the most accessible, in a way. You go to a symphony, you listen, great things are played, but on a certain level it doesn’t necessarily mean anything. Sometimes narratives are written in, but opera has it all – I don’t know why it should be a hard sell, and yet you see companies and opera houses going under.’

Nevertheless, he continues to wow audiences around the world, and his response to the question of the relative stratospheric fame of pop singers compared to opera singers is simple yet direct:

‘You can’t argue with success – but I will point out McDonalds has sold the most burgers out of anybody – doesn’t mean they’re the best burgers.’