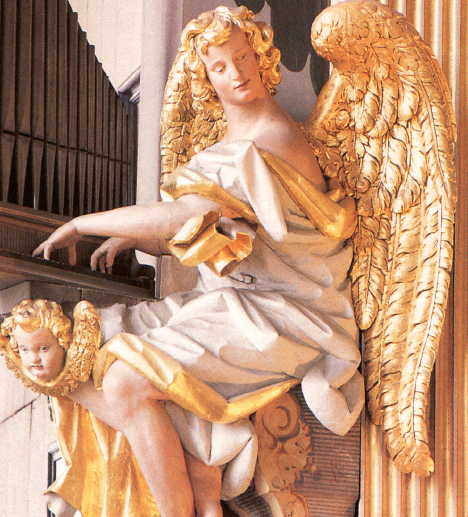 Are you ready for your monthly instrument quiz? I think you’re going to like this one! Here it goes. What instruments did Wolfgang Amadeus Mozart have in mind when he wrote, “These instruments are magnificent beyond measure?” And in case you need a bit more help, Johann Sebastian Bach could certainly not have “done without them!” The answer is very simple, as both composers were talking about the pipe organs built by Gottfried Silbermann. And if you would like to admire and hear these instruments in actual performance, you are in luck. All you have to do is to visit the German state of Saxony, where thirty-one Silbermann organs, most of them in near-original condition, can still be seen and heard.

Gottfried Silbermann learned his craft from his older brother Andreas in Strasbourg. Andreas was a skilled craftsman responsible for building roughly thirty-five instruments, mainly in the Alsace region. One condition of the apprenticeship stipulated that Gottfried could not work in his brother’s territory. As such, Gottfried returned to his native Saxony in 1710, and set up his shop in the town of Freiberg. 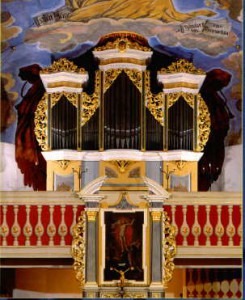 His very first commissions established his reputation, and Gottfried would complete forty-five instruments of various sizes and dispositions during his lifetime. In 1723, Frederick I granted him the privilege of “Honorary Court and State organ Builder to the King of Poland and Duke of Saxony.” Gottfried Silbermann’s talents were not limited to building organs. He was also a central figure in the history of the piano. He famously collaborated with Carl Philipp Emmanuel Bach on the escape mechanism — a device that allows the hammer to be released from the influence of the key — and on the damper pedal. Frederick the Great ordered a number of pianos from Gottfried Silbermann. Two of these Silbermann’s pianos are still located in Frederic’s palaces in Potsdam today. One of the biggest fans of the improved Silbermann pianos was J.S. Bach. We all remember that he traveled to Potsdam to give the newest instruments a good work out, and in the process composed the Musical Offering, BWV 1079. Silbermann pianos met with Bach’s “complete approval,” and the composer publically endorsed the brand. 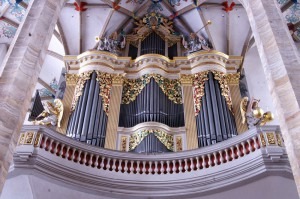 On 1 December 1736, J.S. Bach played the inaugural concert on the newest Silbermann organ in the Frauenkirche in Dresden. What distinguishes Silbermann organs from other period instruments is their distinctive sound. And that distinctive sound comes from pipes with a very high tin content, which adds a distinctive brightness to the tone. No wonder organists throughout the centuries have praised the “silvery sounds” of the instrument. These silvery flutes fantastically combine with strong reeds and a broad range of colorful stops, including powerful trombones in the pedal. But what really makes the Silbermann instruments special is the fact that they are acoustically fine-tuned for each individual location. If you are fortunate to hear or play the Silbermann instruments in Freiberg, Pfaffroda, Helbigsdorf, Ringethal, Ponitz, Schweikershain, Dresden or other locations around Saxony, you will find yourself in a unique acoustical environment that nevertheless features the sonic signature of one of the greatest pipe organ builders of all times.