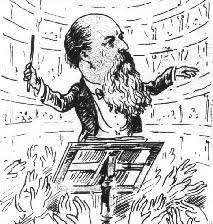 You might never have heard of the composer Franz von Suppé (1819-1895), but there is a very good chance that you know some of his music. Suppé composed tantalizing music mainly for the theater, in particular operettas, ballets and comedies. He was a master of three musical styles, the Italian, the French and the German, and he knew how to blend them irresistibly. His symphonic technique was derived from thorough classical training and his rich experience as a theatre orchestra conductor. 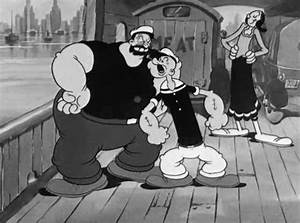 Suppé’s overtures to over 30 operettas were a major feature of his stage work, and they attained immense popularity. For one, they secured enduring fame at pops concerts, and earned use in various animated cartoons. The highly descriptive nature of Suppé’s music made them an ideal vehicle to accompany original animation. The rustic overture to “Poet and Peasant” became one of the composer’s most famous works, and it was subject to roughly 40 different arrangements ranging from brass band, piano duet to flute duet. In Suppé’s operetta, it prefaces a bucolic tale in which a poet, suffering from a broken heart, makes use of a holiday in the mountains and creates all kinds of havoc and confusion among the country belles. In the classic 1930s cartoon “Popeye the Sailor,” the sailing hero conducts this overture appropriately renamed the “Spinach Overture.” 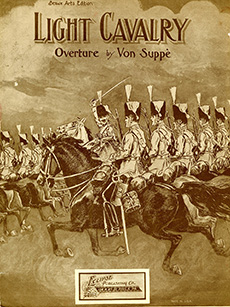 In military terminology, “Light Cavalry” refers to lightly armored units mounted on horseback. During the days of the Austro-Hungarian Empire, these colorfully clad divisions were primarily used for reconnaissance, raiding and communications. In the operetta Die Leichte Kavallerie, composed by Franz von Suppé to a libretto by Hans Bodenstedt, the term acquires a completely different meaning. In the story, the Earl Adolar von Rheinfels has been squandering the state finances to fund a ballet company for his mistress dancer, the countess Ilonka Csikos. Since the earldom is under military threat but has no troops to defend its territory, the people sarcastically suggest dispatching the ballet company—jokingly referred to as the “light cavalry”—to the battlefield. Although the operetta itself has not gained a permanent foothold in the repertory, the overture has become a favourite with audiences worldwide. Mickey Mouse, apparently, was a huge fan as well. In the 1942 Disney cartoon “Symphony Hour,” Maestro Mouse conducts the “Light Cavalry” Overture. 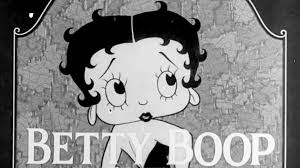 “Morning, Noon and Night in Vienna” is a youthful work. It dates from the time Suppé had taken up his conducting post at the “Theater in der Josefstadt.” A precursor of the operetta, it is a humorous play featuring local color and various acrobatics, interspersed with song. In such a production, the overture simply functioned to get the attention of the audience, quiet the house, and set the scene for the entertainment. Suppé was only 24 when he composed the overture, but he certainly knew how to get the attention of the audience. It first sounded on 16 February 1844, and although the play closed after three nights, the overture became an immense success. Betty Boop got ahold of that overture in a 1933 Fleischer Studios animated short film. 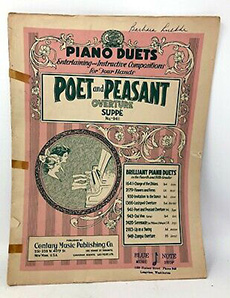 The “Morning, Noon and Night Overture” also featured in a 1959 Warner Bros. Looney Tunes cartoon. Bugs Bunny features as “Baton Bugs,” and the Maestro is constantly distracted, first by the audience and later by a pesky fly. The orchestra in turn takes his reactions as musical directions with predictably tumultuous results. This particular cartoon has become an audience favourite today, as the original animation is humorously paired with live orchestra performances. Suppé composed overtures of both great beauty and great brilliance, and he understood how to provide light entertainments for his audiences. I think Suppé would be thrilled to know that his music continues to entertain audiences around the word, as it lives-on in various guises and reincarnations.