When is an Overture not an Overture? When it’s a Concert Overture. We are familiar with Overtures that serve as an introduction to an opera, a ballet, or even an oratorio, starting in the 17th century, but the Concert Overture is another thing entirely.

Starting with Monteverdi and the beginnings of opera with Orfeo, we are summoned to the opera house by a dramatic flourish of sound: percussion and trumpets tell us to leave our conversations and come to watch the entertainment. This is the antecedent to the Overture. 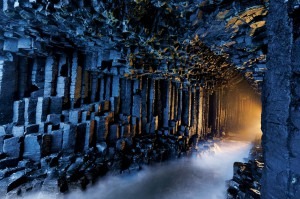 The next development was that the Overture had a connection with the opera to follow – even if it didn’t quote any melodies from the work itself. We can see this in Mozart’s Overture to Don Giovanni. Two vicious minor opening chords tell us that this ‘drama giocoso’ (humorous drama) is going to be quite heavy on the drama side.

These overtures work like little symphonies: they are sectional, often follow set forms, and often could be separated from the larger following work. Recordings of Overtures are very common – since they were written to draw the audience’s attention, they do it just as well away from the rest of their operas.

We can tell from the first measures of Verdi’s Overture to La forza del destino that momentous things will be happening! 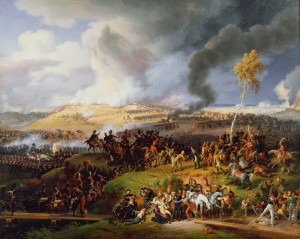 Wagner, on the other hand, uses the overture-like Prelude to immediately place us in a nebulous world of forbidden love and temptation, floating us through the unresolved emotions of his lovers.

And now for the other kind of Overture: the Concert Overture. These works fulfilled a need for dramatic orchestral music that was outside the world of the symphony. Many of these Concert Overtures were built around a pre-existing idea or image and their titles are often a clue to the literary or pictorial precedent. Mendelssohn’s The Hebrides Overture (also known as Fingal’s Cave) was written following the composer’s tour of Scotland in the early 1830s – it doesn’t tell a story but, rather, sets a mood. Other familiar overtures include Tchaikovsky’s 1812 Overture, depicting the battle between the French and the Russians that resulted in the terrible retreat from Moscow suffered by Napoleon’s troops. The music used through the 1812 Overture begins with a Russian Orthodox melody, uses Russian folk melodies and closes with a rousing rendition of God Save the Tsar! after several derisory fragments of the French national anthem, La Marseilles, are broken up by cannon fire.

Brahms’ Academic Festival Overture, written in 1880, the same year as Tchaikovsky’s 1812 Overture, was created for the University of Breslau after it had awarded him an honorary doctorate. Although we think of Brahms as a serious composer, the Academic Festival Overture is a frothy delight of student songs and the students at the premiere would have certainly recognized them.

And then there are the Overtures that have lost their operas. Some Overtures have become so famous and their operas so obscure that their Overtures have almost taken on the role of a Concert Overture. The best known of these is the galloping section from the end of the Overture to Rossini’s opera William Tell. When you listen, it’s not until 08:40 that the familiar trumpet calls enter:

With the rise of the Symphonic Poem created by Franz Liszt, the concert overture fell out of favour but it served a very important purpose in orchestral music. We long for stories and these Concert Overtures came pre-equipped with stories that were often absent from regular symphonic works.