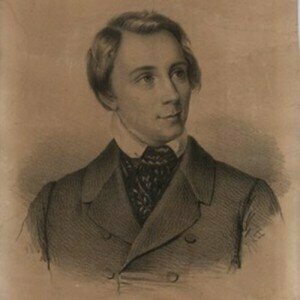 He was one of the greatest performing artists of the 19th century! Ole Bull (1810-1880) was a child prodigy, and he gave his public debut as a soloist at age 9. Although intending to study theology and/or law, he decided to travel around Europe instead. One anecdote reveals that at the age of 14 he heard stories about Niccolò Paganini, and he convinced his grandmother to purchase some Paganini scores. By age 21 he had made his way to Paris, and his musical efforts clearly had paid off, as Robert Schumann declared “Ole Bull is on a level with Paganini for the speed and clarity of his playing.” Furthermore, Ole Bull ended up marrying Alexandrine Félicité Villeminot, the granddaughter of his landlady. Félicité was a tender 14-years of age when she first met Ole Bull, yet the couple would happily raise four children.

Ole Bull and his family settled in Paris, but he had always been fascinated by America. In 1843 he embarked on his first North American tour, with his promoter billing him as the “world’s greatest violinist.”

His first concert in New York was a resounding success, and more than 20 years later he led an orchestra of 1,000 players at the Great Peace Jubilee in Boston, performing in a hall with a capacity of 50,000 listeners. Bull played everything from Paganini Variations to Yankee Doodle Dandy, and since he was a handsome and charismatic performer, he clearly understood the importance of showmanship and PR. In a letter to his wife he wrote, “It isn’t possible to get ahead in America—even with the greatest talent. You need some humbug.” As the story goes, Ole Bull became so famous that the P.T. Barnum Circus featured a violin-playing dwarf named “Ole Bull Junior.” In February 1844 Bull went to Cuba, accompanied by forty specially selected orchestral players. His concert in Havana was an unqualified success, and he thanked his audience by putting together a fantasia aptly named Memories of Havana.

Ole Bull: Recuerdos de Habana
Ole Bull was fascinated by the pioneer spirit he encountered in North America. In fact, he purchased 11,000 acres of land in northern Pennsylvania with the principal aim of establishing a Norwegian colony. He called his colony “Oleana,” and managed to attract roughly 300 Norwegian, Danish and Swedish settlers with promises of money, free food, and free lodging. 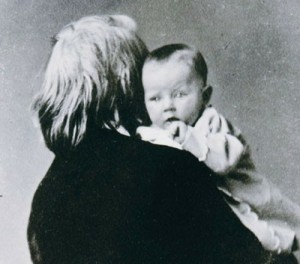 Ole and his daughter Olea

Frontier life proofed to be difficult, however, and when the soil turned out to be poor, the settlers moved west to Wisconsin and Minnesota. Back home in Norway, Ole Bull was mercilessly mocked, with a journalist composing a ballad entitled “Oleanna.” The verses sarcastically speak of “beer flowing in the rivers, and wheat and corn practically planting themselves.” Since Bull lost a substantial amount of money with his Norwegian colony, he continued his concert tours of the United States, even sailing to San Francisco by way of the Panama Canal. His wife Félicité passed away in 1862, and eventually Ole Bull found a new bride in America. Her name was Sara Thorp, and she was the daughter of a state senator from Wisconsin. Sara was 19 and an accomplished pianist, and Ole 60, and they were secretly married in Norway in June of 1868. Upon returning to the United States in the autumn, a formal ceremony was held in Madison, Wisconsin, and their daughter Olea was born in March 1871. 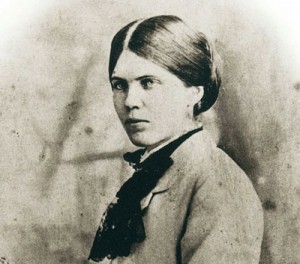 Bull continued with his hectic performance schedule and writes to her from Kentucky, “My dear sweet Sara… I believe I fell in with native violinists even more rough-hewn than the hardanger fiddlers I know in Norway. But dear miss, I am ahead of myself… Near midnight I was walking on the deck of the steamboat, quite alone except for my precious da Salo violin, which as you know, I have with me always. The night was dark and the river mist thick when our steamboat rammed another vessel.”

Bull survived the steamboat accident, and Sara toured with him throughout Europe and the United States. Bull purchased a house on the outskirts of Bergen in 1872, and the Bull’s lived there with the Thorp family for most of 1873. However, as the relationship between Bull and his stepfamily soured, the Thorps returned to the U.S. in April 1874. They finally made peace in 1876, and Ole purchased houses in Cambridge, Massachusetts and West Lebanon, Maine. Music was part of their daily activities, and their properties were centers of artistic and intellectual activities. With Ole’s health deteriorating, the couple returned to Norway and he asked Sara to play the Mozart Requiem on the organ. Sara later recalled that he passed away to the strains of Mozart’s music. Sara wrote his biography titled Ole Bull, a Memoir, which was published in 1882. Later in life, she turned to philosophy and developed a deeply spiritual interest in Eastern religions. A disciple of Swami Vivekananda, she eventually left her entire estate to the Vedanta Society.