Artists Behind the scenes
For Musicians the Holiday Hubbub is Crunch Time!
by Janet Horvath December 28th, 2014 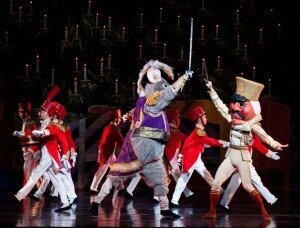 Musicians are extremely popular this time of year—what’s a celebration without music? We all look forward to the Holidays and the merriment of the New Year and it can be a lucrative time for musicians. Each town prepares furiously to feature the traditional favorites—performances of the Nutcracker by Tchaikovsky, the Messiah by Handel, Amahl and the Night Visitors by Gian Carlo Menotti, Hansel and Gretel, a fairy-tale opera by Engelbert Humperdink and Holiday shows which feature Christmas carols. We musicians scramble to keep up. Twelve to fourteen hour days? No problem! Squeeze in another gig? O.K. sure! Somehow we survive the schedule on top of our usual commitments— teaching, and performing church, school programs and recitals.

For decades the Minnesota Orchestra split into two groups to play both the Nutcracker and the Messiah to accommodate enthusiastic attendees. I performed thirteen Nutcrackers each year (no kidding)— with four performances on the weekend. Believe me, I have the Nutcracker memorized! 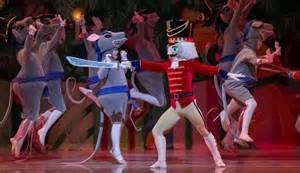 In mid-December temperatures in Minnesota are typically into the wee digits. The spectacle was not always only on the stage. We musicians feared “driving drama.” The snow covered icy roads had us careening hither and yon and clutching the steering wheel for dear life. I wondered if my fingers would be so cramped that I wouldn’t be able to play. Finding a parking space that wasn’t blocks from the venue, Northrop auditorium, which seated 4,000 people, was a challenge. I had parking Karma— adept at finding “secret” spots. Dragging a cello in the frigid, blustery wind was not my idea of fun. You can understand my desperation.

The old cavernous theater did not have luxurious backstage facilities. There was only one restroom for the entire orchestra, to which we raced during intermission and we had only a bare room with a couple of chairs to sit on to warm up before the performance. This was where we’d store our instrument cases and our winter gear—coats, boots, gloves, hats and long underwear. (Northrop has since been beautifully renovated and reduced in size.) 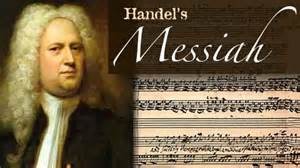 One year we had a conductor who took rather painfully slow tempos. The dancers were stumbling; we were bumbling. Even the mouse battle scene seemed like a walk in the park. The Waltz of the Flowers begins with a long solo in the harp. Then in the dramatic section midway into the number—a cello section solo— the tempo is supposed to pick up but didn’t. A dancer had to twirl longer than she was accustomed to. She lost her balance and landed on a huge ornamental daisy, which was part of the set, knocking it over with a crash.

Every other year I’d perform the Messiah like hundreds of other orchestra members and choirs. For many families, attending a performance of the Messiah is a sacred Holiday tradition. The score is written for chorus, orchestra and four solo singers—a soprano, alto, tenor, and bass—who are accompanied by a lone cello and harpsichord. Since I was the principal cello or lead, it was my job to play the solo continuo part— meaning “continuous.” It was certainly challenging to play virtually non-stop for the three-hour production.

Handel created his huge score—all 260 pages, in a mere twenty-four days. The text, from the King James Bible, reflects on Christ as the Messiah, but the beauty of the music mesmerizes everyone of any background, as does the message of goodwill towards men and the hope for peace on earth.

At the premier in London in 1743, it is said that King George II was so moved when he heard the Hallelujah Chorus that he rose to his feet. When the King stands, all his subjects also rise. The tradition continues to this day. Sadly, some audience members think that the work is over at that point, and they head for the doors leaving us to play the third part to a handful of people. Want to be part of the orchestra and chorus? Messiah audience sing alongs are very popular. 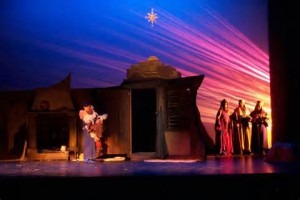 Amahl and the Night Visitors

Amahl and the Night Visitors was always my favorite to play. It brings back such fond memories. I played it for the first time with my high school orchestra. I loved the music and felt so proud that our school could produce such a magnificent pageant. Menotti showed foresight. Not only is the work humorous, inventive and moving, Amahl was composed in such a way as to make it playable by students or amateurs.

The programs for New Year’s Eve and New Year’s Day are legend. The Vienna Philharmonic’s live broadcasts each year feature the music of the Strauss family. The tickets are in such demand that they are drawn by lot. The program is broadcast to ninety countries. We too performed on New Year’s Eve. Festivities included champagne and dancing.

Sometimes the Holiday hubbub results in a CRUNCH when things do not go smoothly—horrible traffic, child sick with flu, car doors iced shut or it won’t start, cello becomes unglued due to the dry weather and rattles on every other note, the Cathedral is breezy and frigid, you are so busy with boots that you forget your black shoes, one soloist or another withdraws due to illness, snow storms cause flights to be canceled, you show up to the wrong venue or at the wrong time…

Somehow we get through it alive. What makes it all worthwhile is when someone in the front row leans over the side of the pit at the Nutcracker and says, “ I enjoyed the performance tremendously and my six-year-old is here for the first time. He loved it too. What a great treat!”

Amahl this is my box