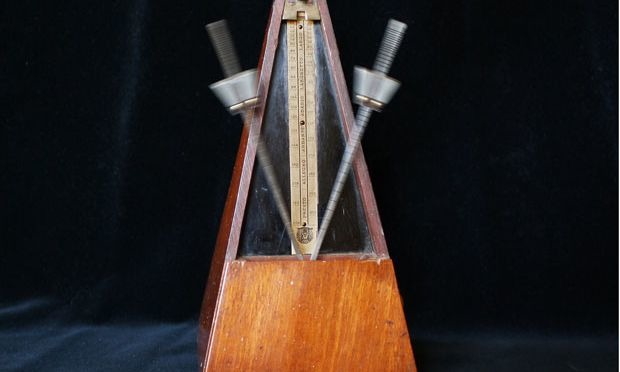 If there’s one thing that divides opinions almost as equally as it divides beats per minute, it’s the metronome. Its controversy began right since its inception in the early 19th century, and remains a highly contentious topic for many musicians. Commonly viewed as a tool to keep time, it’s had as many supporters as it has opponents… so why all the fuss?

The metronome as we know it today appeared in 1815, when it was patented by Johann Maelzel, a German inventor. Pretty much straight after it appeared, metronome marks started appearing in scores as an indication of tempo (some editions of Beethoven around 1817 contain metronome marks), and in addition to giving an indication of the speed at which a piece was to be performed, the metronome was used during practice to aid the learning of rapid passages of notes, and to maintain a stable sense of internal rhythm.

The metronome, however, was soon to attract its detractors. Brahms once said ‘I am of the opinion that metronome marks go for nothing. As far as I know, all composers have, as I, retracted their metronome marks in later years’, indicating perhaps that people were following their indications too literally, that metronomes caused performers to play in a rhythmically inflexible tempo.

This can be seen elsewhere; for example, Liszt claimed that ‘a metronomical performance is certainly tiresome and nonsensical’, whilst Berlioz said that overuse of the metronome gives a performance ‘an icy frigidity’. Not exactly loving words…

So, if all these people hated it so much, why is the metronome still here? I think the problem that arose was not to do with its effectiveness as a practice tool, but more the incorrect assumption that it was a rigid guide to the tempo of a piece. If used well, a metronome can be incredibly helpful when practising – and equally as damaging. 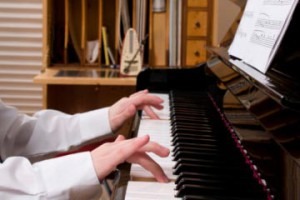 What a lot of people don’t realise is how dangerous the metronome can be in the wrong hands. There exist several books on good ‘metronome technique’, which aim to gain the most from the use of the metronome whilst avoiding its potential pitfalls.

Firstly, a metronome is incredibly handy gadget when you’re practising a run of fast notes. It’s so easy to rush or slow down in inappropriate places of a fast passage, and a metronome ensures that you learn them evenly, at a comfortable speed. Speeding the metronome up gradually is also a good indicator of how far you still have to go before you can play it at full tempo.

However, be careful! While you can use a metronome to even out rapid runs of notes or to improve internal rhythm (testing yourself by switching off the device, counting along, restarting and comparing where you are with the beat), don’t use it to play along to long passages of music! Even someone like Mozart, whose music is comparatively ‘straight’ when placed alongside Liszt or Debussy, should not have a metronome ticking along. When a metronome is used in this way, it all too easily promotes Berlioz’s ‘icy frigidity’, something which no performance wants.

It’s very much about judging the situation you find yourself in. It might be that a metronome may come in handy for longer passages (the last movement of John Adam’s Chamber Symphony springs to mind), but always exercise caution. What starts off as an innocent practice aid quickly produces flat, lifeless performances if used incorrectly. Even for Adams’s movement Roadrunner, with its insanely frantic note whirlwinds, the metronome must not be used too literally. Liszt’s and Berlioz’s criticisms arose from the fact that people took metronome marks too literally, that they were pretty much playing along with the beat, stifling any kind of musical expression.

So although Maelzel intended his invention for the powers of good rather than evil, it often fell into the latter category. The damaging power of the metronome arises from its sloppy use, rather than anything being inherently wrong with the concept. With great power comes great responsibility, as an uncle of a famous super hero (and before him, Voltaire – who knew?) once said. And more importantly (although perhaps less catchy), with great rhythm comes a great metronome technique. You get the idea…