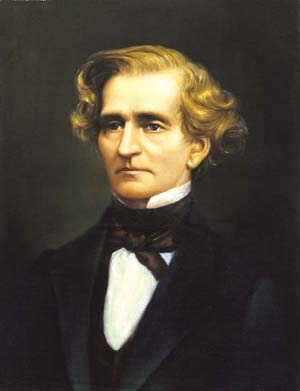 Hector Berlioz sought gainful employment in the theatre and at the Conservatoire, but he never applied for a church job. His pronouncements about religious music are the views of an unorthodox Christian, but he nevertheless set several sacred texts disclosing a strong personal vision and deeply religious roots. When asked to review an unidentified mass in 1832, Berlioz inadvertently disclosed his principal aesthetic. “Kyrie, of true expressive character, the great outcry on ‘eleison’ and the fine lament reflects the appropriateness of such musical expression on ‘have mercy’ and ‘he suffered.’” Already in 1829 he had written in his Memoirs about his own fugue from the Messe Solemn. “Let people who have never heard anything like it, imagine what kind of devout expression arises when fifty voices, howling with fury in a lively tempo, repeat ‘Amen’ four or five hundred times, or vocalize on the syllable ‘a,’ so as to sound like raucous laughter. I defy anyone with the slightest musical feeling not to interpret such a chorus as an army of incarnate devils, making fun of the sacrament, rather than a gathering of the faithful praising god. I must rewrite this abominable fugue!”

Clearly, Berlioz regarded strict contrapuntal forms as mechanistic and inexpressive, preferring to focus on the colouristic relationship between multiple voices instead. The 1824 Messe Solemn was Berlioz’s earliest surviving large-scale work. It sets the traditional Latin text and interpolates several motets, all in the typical style of Grand masses written by Gossec, Cherubini, his own teacher Leseur, and others. His true sense of sacred musical design, however, only emerged some 13 years later in his Requiem and subsequently in the Te Deum, both adhering to an essentially public and ceremonial nature. All three major Latin works dramatically mediate between music strictly for use in church, and music that is evocative of religion but intended for use in the broader secular sense. The same is true for the oratorio L’enfance du Christ (the Childhood of Christ) composed in 1853 and 1854. It relies entirely on a vernacular text that was from the onset intended for the concert hall. Although the work is rooted in the concert hall, it is surely religious in feeling, and Berlioz himself described the composition as a “Trilogie sacrée” (Sacred trilogy). An exciting mixture of dramatic action and philosophical reflection, the work was not composed according to a clearly formulated plan, but emerged gradually over several years. In the first section entitled “Herod’s Dream” Berlioz intently focused his music on presenting the tormented soul of Herod, whose pride in power is shattered by his dawning awareness of a higher, more powerful morality, represented by the newborn Jesus. A narrator details the “Flight to Egypt,” with Herod voicing his depression in an extended cantabile aria. And the concluding “Arrival at Sais,” musically draws on harps and flute to present Berlioz’s most devoutly Christian mode of expression. If L’enfance du Christ is not strictly sacred, despite its generic subtitle, it remains one of the most touching retelling of a core religious tale in the oratorio repertoire. Berlioz found solace, ethical challenge, moral guidance and a new, broader sense of the religious and the sacred in nature, human relations, history, philosophy, and even staged drama. Ralph Locke rightfully suggests, “Berlioz brings to listeners his own religious yearning and doubt and desire for transcendence in a way that remains stirring even thirteen decades after his death.”