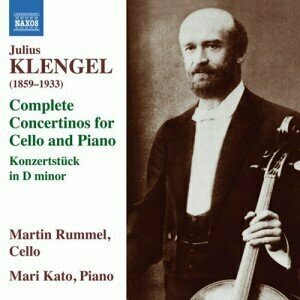 Based in Leipzig with a lengthy career as principal cellist of the Gewandhaus Orchestra, Julius Klengel was a renowned soloist and revered the world over as a great interpreter and pedagogue, whose works are still in use by students today. Composed in true Romantic style, the three Concertinos were written for teaching purposes, the first coming closest to the idea of a mini-concerto but all having virtuoso elements and expressive and lyrical central movements. The Konzertstück, Op. 10 gives the piano equal status with the cello to create a thrilling conclusion to any programme.