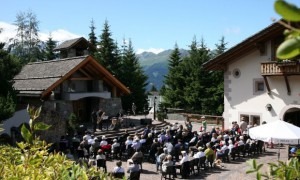 They start to appear as the snows disappear – enticing notices for summer festivals. Spend a week of music in the mountains, or at the seashore, or in a famous historical setting. Summer festivals are a wonderful time to explore new and interesting music, hear upcoming performers, listen to established masters, and all in a setting that makes you appreciate the way that music can change your world.

Some of our favorite festivals include the Verbier Festival (17 July to 2 August) in Switzerland, which, far from the major European cities, will stage a star-filled Luisa Miller under Gianandrea Noseda and holds a month-long Music Camp for young musicians. The Risør Chamber Music Festival in Norway (23 to 28 June), founded in 1991, is expanding this year with its theme of Luna to include late evening programs. A newer festival in the Baltic region is the Östersjö-Festivalen (Baltic Sea Festival) in Sweden (24 to 30 August). Founded in 2003 by Michael Tydén, Esa-Pekka Salonen, and Valery Gergiev, it’s more than just a music festival and uses seminars on music, environment, and leadership to encourage both environmental awareness and cultural collaboration. In Switzerland, the Lucerne Summer Festival (14 August to 13 September), closes out the summer season with a smile. Their theme this year is Humor and they will explore the musical wit of Haydn, the colorful music of Prokofiev and Stravinsky, and the black humor of Shostakovich. 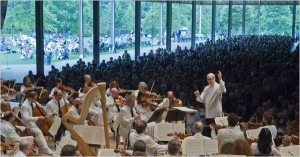 It was a favorite thing for city-based orchestras to follow their patrons out to the countryside for the summer and so we have such wonderful festivals as the Ravinia Festival in Chicago, Illinois, USA (4 April to 12 September 2015). This was traditionally the summer home of the Chicago Symphony, just as the Glyndebourne Opera Festival (21 May to 30 August) was traditionally the summer home of the London Philharmonic Orchestra. The custom-built opera house’s setting in the English countryside and its famously long intermissions for dinner are a perfect way to hear the perfect art form of opera. Tanglewood in Massachusetts (18 June to 28 August) is the summer home of the Boston Symphony and this year, will commemorate their 75 years of commitment to composers and new music by commissioning 30 new works for performance during the summer. 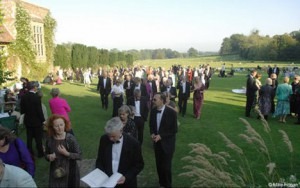 If you’re an opera lover, the summer is the best time to explore the new, the little-known, and the rarely heard works of the repertoire. In France, the Festival d’Aix en Provence (2 July to 21 July), started in 1948, along with the London Symphony and the Berlin Philharmonic has co-commissioned the opera The Monster in the Maze, a new children’s opera by Jonathan Dove. In the UK, Grange Park Opera (4 June to 18 July) is crossing genres this year by staring Bryn Terfel in Fiddler on the Roof. Garsington Opera (5 June to 19 July) will host a rare performance of Shakespeare’s Midsummer Night’s Dream by the Royal Shakespeare Company with Mendelssohn’s wonderful incidental music. The Verona Opera Festival (19 June to 6 September) will be centered on 18 performances of Verdi’s Aida designed by Franco Zeffirelli.

The Munich Opera Festival, held at the Bayerische Staatsopera (21 June to 31 July), will be nearly 140 years old this year. And, while you’re in the neighborhood, the two other festivals, the Salzburg Festival (18 July to 30 August), summer home to the Vienna Philharmonic, and the Bayreuth Festival (25 July to 28 August), which opened in 1876, have long offered some of the best festival programming.

From city to the country, from the sea to the mountains, the summer festivals give its patrons so much more than just a concert in a hall. They permit an interaction with music and performers that can be inspiriting, thought-provoking, and just the thing for your summer culture fix. Hear music outside your normal experience and have a great summer trip at the same time!