The Intimacy of Creativity, HKUST 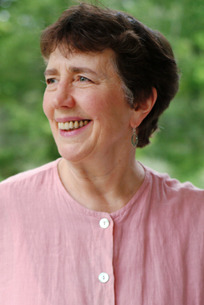 Heralded as “one of the most successful woman composers of all time” with her bold and energetic musical style, Grammy-winning composer Joan Tower joins The Intimacy of Creativity 2012 to present her works Très Lent (Hommage à Messiaen) and Catching the Wave. During the interview, Tower explains some of the current issues in the classical music scene and shares with us her vision towards the future of new music.


Cathy: You have previously talked about the disconnection between composers and performers and your urge to bring the two together. It seems that Bright Sheng has a similar perception. So far how have you found his ideas converge with yours?

Joan: Bright’s premise is really good and is right up my alley- and that’s why I’m here. The fact that composers don’t play anymore and performers don’t compose has created a very unusual split in the performer-composer world in history. Because most composers were performers- some of them enjoyed equal fame as performers and composers. Take this chair we’re sitting for example: If you want to make a chair, you will first think, “Oh I wonder how it got that curve?” But performers often have a different relationship to the page- they are followers: the score says piano, so I’ll play piano. If one has to make the directions all of a sudden, he will perceive the piece very differently: why did Beethoven put a piano there? I would’ve put a mezzo piano. Choreographers are always dancers; playwrights are always theatre actors. In the pop world, producers are involved in arrangement, orchestration, production and sometimes performance. In fact the pop world is much more healthier in such sense.

Cathy: I have a feeling that contemporary music is currently going towards a direction where everything becomes too academic: PhD students often have to write thesis to defend their compositions at colleges. Personally I believe sometimes music is inexplicable. I’m just curious how you see this.

Joan: I totally understand what you are saying. However, that’s just some of the cases- universities differ. I was in that academic environment too. I spent my time dealing with the serialists and being surrounded by smart people like Milton Babbitt. Even so, I didn’t understand the articles, nor their thoughts and the music. I thought I must have been too dumb. I finally got out of it- it took me about ten years. But at that time I didn’t know what the music was trying to say. It was all conceptual and abstract.

The word ‘conceptual’ is very complicated, because Steve Reich’s music is very conceptual. He writes music with a plan and frames music into phases of certain intervals. Ligeti presents abstract concepts too. Berg also writes abstract pre-compositional constructs. However, their music comes out very differently than those of Cage, for example, whose music is also very conceptual. So, the question to me is not whether it’s academic, conceptual or pre-composed, since they get very muddled. Rather, the issue is whether the composer wants to communicate, and to what extent. Do they care? Composers like Tchaikovsky want to get you by the collar and to bring you emotionally to places he wants to travel. He’s very good at making you go with him, and Beethoven too- two of my favorite composers. Then you have J. S. Bach, historically it’s another issue, but he’s just doing a job- he just writes good counterpoint and harmonic relations- and he does it really, really well. Nobody can match him, whether on contrapuntal or harmonic levels. But I wouldn’t say his music is going to grab you by the collar the way Tchaikovsky’s does- it doesn’t have this narrative. In the contemporary world, we have people who want to communicate with you in a deep meditative way like Arvo Pärt. He talks to you in a very caring way. Other than that we have Milton Babbitt, a very bright man who constructs his music with pre-compositional concepts- I have played this but I just never got it. And you have some others in between. There are people who come out of universities who are not academics. So I would recommend emerging composers to form, conduct and present their own performance group- so that they are involved in making music instead of just sitting here talking about something else. You have to do both.

Cathy: How do you foresee the future of new music?

Joan: I don’t foresee it at all because it’s so complex. I think technology is playing a big role and it will be playing a bigger role. These days my students all come into my office with their laptops to discuss their orchestral pieces. They simply hit the buttons and say, “(Click) What do you think about that octave?” or “What do you think about that mixing sound? Maybe we just take it off. (Click)” Wow. I still prefer writing music myself. With technology, my students can now work on their pieces wherever they go with their portable studio, which was impossible before. I think that is good, because it keeps creativity going on an active level. However, the computer is deceptive. It doesn’t make the real sound of your music. It just gives you pitches. The strings are terrible- no dynamics and all different kinds of problems.

Cathy: What is the role of your music in the contemporary music scene?

Joan: I am sort of traditional now- I used to be a rebel when I was your age. Basically I came out from playing works by DWEMs- Dead White European Males. Some of them were my mentors! I wanted to be a solo pianist but gradually composition took over as I started to play less. I do play a role in the traditional performing world actually since I know most of these world known soloists who played my music. And I think I had a little effect on them. I think it’s important for people to play music they love. So I sort of fit nicely into that world as they like my music.

Cathy: “Every period in human history has its own voice. New music is the voice of our time.” What’s your comment?

Joan: Well it’s in the pop world; it’s not in the classical world. It’s the pop world that represents this century. Classical music is just going into the museum, isn’t it? Almost 90% of concert programs are works by DWEMs. But the pop world isn’t, it keeps generating new stuff! There’s huge audience, mostly young people.

Cathy: Then what do we do about the classical music world?

Joan: Well it’s become a world of performers. Concert announcement: Joshua Bell plays something; Renee Fleming sings something. And if there’s any contemporary composers involved, which hardly ever happens, they won’t mention it. Because that is a runaway situation “Oh my God! Contemporary music!” You know.

Cathy: What do you want to bring to the classical music scene?

Joan: Strong music that communicates to people. The biggest compliment I get is when some eighty-year-old ladies coming up to me and says, “You know I never liked contemporary music because I think it’s ugly and dissonant. But I did like your piece.” The other compliment is when an orchestral player told me after performing my piece, “Do you have anything for the viola?”

Cathy: What do you pursue in music?

Joan: My whole life is music. If you put me on an island without music, I would die pretty soon. I really would, because that’s my food. It feeds me and gives me immense pleasure and struggle. The wonderful thing about being a composer is that it keeps you humble. You can have a great orchestra premiere with standing ovations and excellent reviews and everything. But then you have to go back to your studio and continue writing on your next piece- and it’s very humbling and it keeps you centered. I met a conductor once and asked him a similar question. His reply was, “Music keeps me out of the streets and out of jail. I was heading to being a drug addict and stealing. Somebody got me to conduct an orchestra.” I believed it.

Tower’s Island Prelude has various versions, one for oboe and string quartet, one for oboe and string orchestra and another for oboe and woodwinds. Here the oboe, Tower says, should sound “like a big solo bird.” She wrote the music for her husband Jeff Litfin, and tried, as she says, “for something with love and sensuousness. I thought of the setting as a tropical island somewhere in the Bahamas.” The oboe plays aching, longing melodies, but also flies with vivid, passionate arousal. At the finish, the music doesn’t seem to end; it simply stops.
(credit : Naxos)

Tower’s upbringing around the drum-rich music of South America could account for her self-proclaimed passion for percussion, which is particularly apparent in Tambor.The title itself is the Spanish word for drum, and the music is, like many of Tower’s compositions, rhythmically driven.

This fifteen-minute work features the percussion section, whose members essentially have three functions inside the orchestra: to underscore the different timbres and rhythms of other sections of the orchestra, to act as counterpoint to the orchestra, and to serve as sectional soloists in several minor and major cadenzas throughout the work.

While I was writing this piece, the strong role of the percussion began to influence the behavior of the rest of the orchestra to the point that the other instruments began to act more and more like a percussion section themselves. In other words, the main ‘action’ of the work becomes more concerned with rhythm and color than with motives or melodies (though these elements do make occasional appearances here and there).