Artists Behind the scenes
In touch with James Conway
by William Cole May 26th, 2014 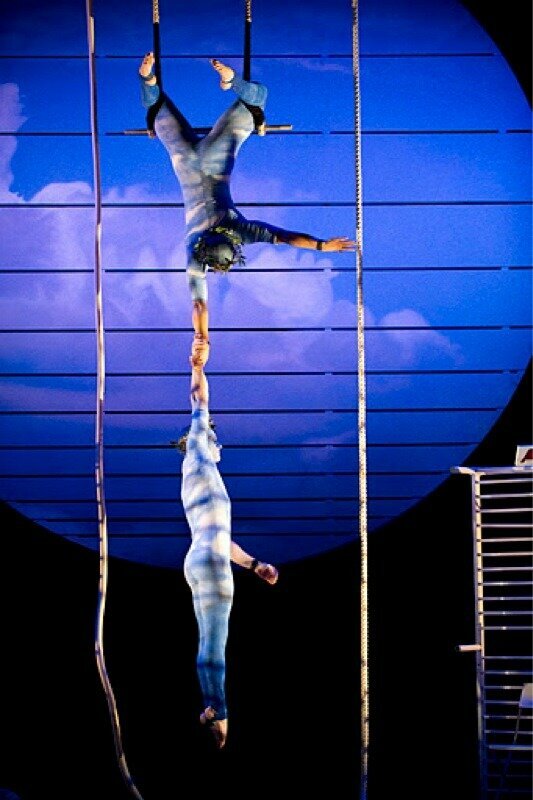 Amidst much doom and gloom, the UK’s opera scene has quietly flourished into perhaps the country’s most diverse and creative arts sector. As well as regular performances from the Royal Opera House (now offering cheaper seats than ever before), English National Opera, Opera North, Welsh National Opera and Scottish Opera and the summer programmes at Glyndebourne, Garsington, Grange Park, Longborough, Wexford and Holland Park, there is a wealth of smaller, innovative opera companies. Birmingham City Opera recently staged Stockhausen’s Mittwoch aus Licht. Opera Up Close perform Puccini in a pub. Fulham Opera has just staged a piano-accompanied Ring Cycle, Pop-up Opera gives us opera in unexpected places, and every summer the Grimeborn Festival plays host to a number of newly-penned works. Size Zero Opera is at the forefront of London’s many contemporary opera groups, and Streetwise Opera has used the art form to transform the lives of London’s homeless. There is also a host of other small opera companies, many regional and amateur efforts and a remarkably high standard of opera performance at the country’s music colleges and universities.

English Touring Opera has earned a position at the forefront of this crowded scene through their exciting programming and fierce commitment to their mission to bring opera to every part of the country – it’s easy to forget that almost all of the organisations I listed are based in or near London, inaccessible for the vast majority of British citizens. On the back of their 2014 Olivier Award for Outstanding Achievement in Opera, I got in touch with ETO’s founder and Artistic Director James Conway to discuss the company’s history and how it is engaging with today’s artistic landscape.

ETO was founded in 1979 and, as Conway puts it, its mission statement was simple – ‘to produce and tour opera with an orchestra to parts of the UK where other opera companies do not go, away from the metropolitan centres’. That aim still rings true today, but I asked him how the reality has changed. ‘The larger companies now go to fewer places, so ETO now tours to many more cities. At the same time, in the last 12 years the company’s artistic ambitions and standards have taken a big jump forward.’

As well as the three major annual tours, ETO also run an active education and outreach programme, and I asked Conway to outline the scope of these activities.. ‘The company now tours new productions for children aged 4-11, and for children with profound learning difficulties’ he says. ‘These shows are much celebrated – one of them [Tim Yealland’s Laika the Spacedog] won the best contemporary opera prize at the Armel Festival in Hungary last year, and was subsequently presented at Avignon. In addition, the company collaborates with local groups on the production of large scale community operas in different regions, and we also have a heavy programme of creative workshops with groups of all ages and abilities and a creative song cycle programme [Turtle Song, previously featured on Interlude] with people with dementia.’ It’s a remarkable volume of work for a company with only a handful of staff.

One of the more recent challenges that live opera companies face is the growth of cinema broadcasts from houses including the Royal Opera House and Metropolitan Opera – some might argue that these fulfill the local need for opera that ETO professes to serve, though without the live element. On this issue Conway is unequivocal. ‘Nothing replaces a live experience – there is no comparison between this and filmed version of live opera. Personally, I find the latter boring and uncinematic, though I know many people enjoy them’. And as for those who think that live opera isn’t for them? ‘Try it and see before you decide that’, Conway says, ‘and contact me if the ticket is a problem!’

ETO’s wide-ranging artistic achievements are remarkable, especially in financially lean years. I ended by asking Conway how he sees ETO’s future. ‘Bright’, he replies. ‘We are busier than ever, and forced by economic changes to innovate – that is my definition of a challenging and exciting environment.’

He raises a significant point. The UK’s comparative lack of public subsidy for the arts is often criticized, but as Conway suggests there may be a link between that lack of easy funding and both the innovation and sheer volume of opera in Britain. That level of competition surely ensures that only the most creative will thrive – we can surely put English Touring Opera within that bracket.