Artists Interviews
In touch with Dennis O’Neill
by William Cole May 2nd, 2014 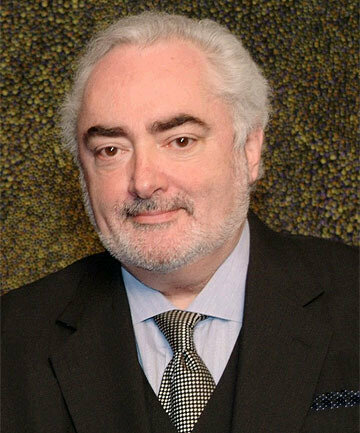 One of the world’s most well-loved and experienced singers, Welsh tenor Dennis O’Neill has been performing to audiences across the world for over 30 years. A celebrated exponent of Italian opera, especially Verdi, he is closely associated with many opera houses, especially the Royal Opera House, Covent Garden. Alongside his opera work he is a renowned recitalist, and will give a recital at London’s Wigmore Hall on Monday 5th May as part of the Rosenblatt Recitals series.

Yet it seems that the beginning of O’Neill’s singing career was for more practical than artistic reasons. ‘When I was young I had very poor breathing due to asthma,’ he says. ‘When I was about eight my father, who was also a doctor, was advised by a chest specialist that, since I was musical, I ought to have singing lessons to improve my breathing.’ O’Neill has, remarkably, never studied singing full time, but had some lessons with Frederic Cox at the Royal Northern College of Music – ‘he was a delightful man, direct and always supportive, who really knew what singing was all about’ – and with Luigi Ricci in Rome. ‘He helped me a great deal’, says O’Neill, ‘by teaching me the passaggio – the gateway to the upper register.’

Since then, O’Neill’s career has taken him all over the world, including over 200 performances at Covent Garden alone. He also enjoyed renown in the 1980s for two enormously popular BBC television shows, Dennis O’Neill (1987) and Dennis O’Neill and Friends (1989). I asked him whether he can identify any particular highlights from his career. ‘Clearly my debut at the Royal Opera House and consequent roles there played the biggest part in bringing me to the attention of the international houses,’ he says. ‘I owe the Royal Opera a great deal and [then casting director] Helga Schmidt, who saw my potential and was very generous in giving me the opportunity to develop. Of all the many great conductors I have worked with, I think that Zubin Mehta made me feel confident and I always felt his appreciation of musicality and not just voice. To work with him was always a joy and a wonderful musical experience – sheer fun!’

Alongside his performing career O’Neill has found time to pass on that experience to new generations of opera singers, and in 2006 he founded Wales International Academy of Voice, where he is now director. ‘I founded this institution initially at the University of Cardiff’, he says, ‘and then we joined the University of Wales, Trinity Saint David. My basic interest was to provide young singers with technical guidance and, with my distinguished colleagues, to help them truly understand musical style.’

O’Neill puts his finger on the crucial balancing act in the study of singing, between the technical proficiency required to sing the great operatic roles and the skills required to bring them alive. How does he keep these two in balance? ’I urge them to take the greatest care’, he says, ‘and make the greatest effort to develop their vocal technique. That is obviously the basis of great singing – first the science and then the art. There should be no shortcuts or cutting of corners – if you really want to reach the top you have to be secure. I worry that sometimes the exciting improvement in dramatic standards has become slightly out of balance and that vocal and music accomplishment has to compete with dramatic ability. If a choice has to be made, I feel I know what the public desires and that is what will keep the art form alive.

O’Neill has assembled an exciting programme of Italian songs and arias for his Wigmore recital. I asked him what the audience should expect on Monday. ‘It is a summary of what I have become known for. I have tried to compose a programme that will satisfy the audience and bring them a really enjoyable evening – lots and lots of melody!’

Dennis O’Neill returns to Rosenblatt Recitals at London’s Wigmore Hall on Monday 5 May.