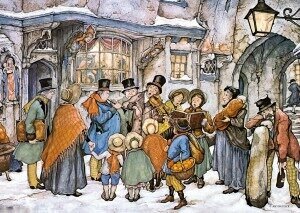 It’s getting chillier, the morning air is brisk, there might even be snow, and with that, our thoughts turn toward the holidays. But we find that the thing that helps us with that holiday feeling is the sound of the holidays – the music of the season.

The music we hear at Christmas time (we’re going to ignore all of those terrible shops that started their Christmas music in early November) is a curious mix of the traditional, memories of our childhood, and, rarely, new musical hits. With the current emphasis on secular humanism and an avoidance of religion in everyday life, Christmas is the one time where sacred music still makes a daily appearance.

What are some of the holiday favorites? I’m sure we can all make our own lists, but here are some of our suggestions.

The English song ‘The Holly and the Ivy,’ takes the nature imagery of holly and ivy remaining green despite the weather and transforms it into a set of religious metaphors about the birth of Christ. The song itself is undated and is simply considered ‘traditional.’ 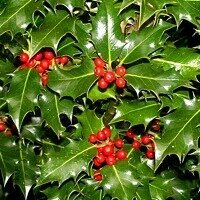 Traditional: ‘The Holly and the Ivy’ (Mediaeval Babes)
‘Stille Nacht,’ better known to many us as ‘Silent Night,’ was composed in 1818, with lyrics by the local priest, Father Joseph Mohr, and melody by the local schoolteacher an organist F.X. Gruber. The English version was made in 1859 in New York. In 2011, the song was declared an intangible cultural heritage by UNESCO.

Gruber: ‘Stille Nacht’
The song that caused Ebenezer Scrooge to react so strongly at the beginning of A Christmas Carol was ‘God Rest Ye Merry, Gentlemen’ (note that it’s not ‘Merry Gentlemen’ but an admonition to the Gentlemen to be in a merry state of mind!). 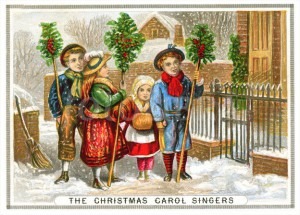 Traditional: ‘God Rest Ye Merry, Gentlemen’ (Paul Plishka, bass)
James Lord Pierpont’s 1857 Thanksgiving song ‘One Horse Open Sleigh,’ was quickly transformed into a Christmas song by all the people who never learned the verses and only sang the chorus ‘Jingle Bells’ here sung by a modern ensemble, shows the variety of styles in which we like our classics. 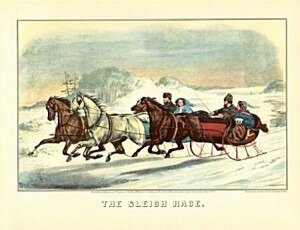 Currier and Ives: A Sleigh Race

The Ukrainian ‘Carol of the Bells’ by Mykola Leontovych was transformed from a song celebrating the coming of Spring to a Christmas carol by the 1920s. Its 4-note repeating motive gives it a unique sound among the Christmas repertoire.

MD Leontoyvch: ‘Carol of the Bells’ St. John’s Cathedral Boys and Girls Choir, St. John’s Cathedral Choir , Donald Pearson, cond.
Sometimes, multiple composers will take up the same text and yet, the results can be very different. JS. Bach and Michael Praetorius both took up the text ‘In Dulci Jubilo’ and, although they both have the same text and melody, the final music couldn’t be more different. J.S. Bach’s version is a solemn measured work while Praetorius makes it light and joyful.