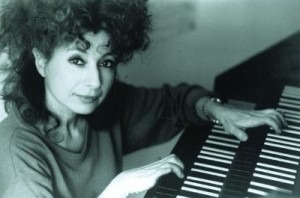 I am sure you have seen popular culture caricatures of double-chinned, middle-aged chaps with fluffy powdered-wigs playing keyboard instruments producing a metallic sound? The instrument, of course, is the harpsichord and it has been around for a while. The earliest known reference dates back to the turn of the 15th century, but it really got popular in the 17th and 18th centuries. Essentially, the instrument produces sound by plucking a string via a clever mechanism attached to a piano-like key, hence the somewhat metallic and clanking sound. Composers and performers used it for solo keyboard music, but it also was an essential part of chamber music, orchestral music and of opera. The harpsichord saw incredible proliferation throughout Europe, but with the rise of the piano at the turn of the 19th century, it almost completely disappeared from the musical stage.

Surprisingly, the harpsichord made a comeback at the turn of the 20th century, when the instrument builders Erard and Pleyel introduced “new age” harpsichords for the Paris Exposition in 1889. Attracted by the characteristic harpsichord sound, composers gradually wrote in a distinct and modern musical style in which timbre became an important feature of the composition. And at the center of the reimagined instrument was the Paris-based Polish harpsichordist Elisabeth Chojnacka (1939-2017). Chojnacka recognized the importance of building a contemporary repertoire for the harpsichord, and she formed relationships with a group of composers who passed through Paris in the 1960s, 70s and 80s. Ligeti, Gorecki, Xanakis and Nyman were considered front-line composers of the avant garde, and in all, they composed roughly 100 works for her!

Chojnacka originally hailed from Warsaw but studied with the Belgian harpsichordist and composer Aimée van de Wiele, herself a student of the Polish-French harpsichordist Wanda Landowska, in Paris. In 1968 she won the famous Viotti Competition and permanently settled in France. Throughout her extensive international career she premiered works for harpsichord as both a soloist and with leading contemporary music ensembles frequently involving electronics. New music aside, Chojnacka also performed early music with the harpsichord slightly amplified in concerts. And all that without the powdered wig!