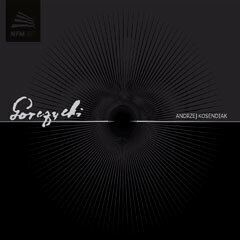 Released by CD Accord / Naxos

Grzegorz Gerwazy Gorczycki, arguably the most eminent Polish composer of the late Baroque, is a figure distinguished from others of the period not only by his compositional attributes but also by a relatively large amount of surviving works and a widely recognized biography. A Silesian, he was born in 1665 in Rozbark near Bytom and died on 30th April 1734 in Kraków.