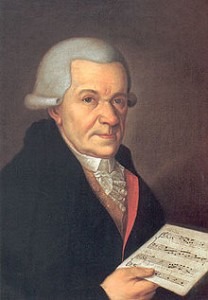 Not so long ago, it came to light that a high-profile administrator working in Hong Kong higher education had received his advanced degree not only from a Philippine Sari-Sari store masquerading as a University, but that he simply copied his Ph.D. thesis from somebody else’s work. After drawing a high civil servant salary funded by taxpayers for 20 years, the individual was quietly eased into well-deserved retirement! Face saved all around, and all is well! I don’t know about you, but this just doesn’t feel right! What appears to be an open and shut case of blatant plagiarism and deceit in the world of academe, is frequently considered the sincerest form of flattery in the world of art and music. And when Igor Stravinsky suggested, “Good composers borrow, Great ones steal,” he certainly knew what he was talking about. Wolfgang Amadeus Mozart, for example, copied an entire symphony by Michael Haydn for study purposes. He added a slow introduction and touched up the wind parts, but in the end put his own name on the score. As such, it was known as the Mozart Symphony No. 37 in G major for more than 200 years! The true authorship of the work was not discovered until 1907, and by that time, musical scholarship had already compiled a large pile of supportive evidence that neatly fitted this simple Salzburg symphony in sequence with the much more sophisticated “Linz Symphony,” which carries the Number 36 in the Mozart catalogue.

Probably no other composer in the history of western classical music has been as consistently chastised for his musical borrowing as George Friedrich Handel. The first published expose on his musical “pilfering” appeared in 1722, setting in motion a veritable witch hunt that still “harbors a subversive discomfort, a puzzlement of judgment, about Handel’s compositional practices, adding controversy to his art and threatening to diminish the stature of his genius.” Creative art has consistently used imitation and transformation of preexisting models as an educational tool and as a compositional approach. For Handel, this process was known as transformative imitation, and he made an art out of this rather common practice. Whatever you think of the Beethovenian imperative of originality, “In the whole body of Handel’s work the proportion of borrowings to newly created matter is so small that it cannot possibly affect his stature as an artist.” 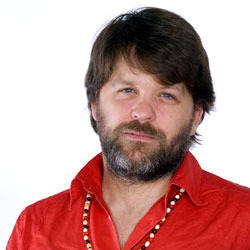 As we all know, besides lifting a substantial number of tunes from Stradella, Handel’s oratorio also borrows from Dionigi Erba, Franscesco Urio, Nicolaus Strungk and Friedrich Zachow, not to mention adaptations of his own tunes from the Funeral Anthem for Queen Caroline, and his Chandos Anthems! It’s not likely that audiences in 1739 were intimately acquainted with the music of Erba and Urio, but subsequent generations intuitively felt a sense of betrayal that Handel—specifically since audiences paid good money for tickets–couldn’t even be bothered to come up with something original. But we don’t really need to go into the distant past, as a more recent example involving the Argentinian composer Osvaldo Golijov elicited shock, outrage and accusations of plagiarism. Golijov was commissioned, and presumably well paid, to provide a work to be performed by the National Symphony Orchestra in 2012. And it turned out that Sidereus contained an extensive section of Michael Ward-Bergeman’s Barbeich. Mind you, Ward-Bergeman had expressively given permission to Golijov for the use of his music, but the composer found himself in hot waters nevertheless. Maybe, in the spirit of transparency, he could have told us beforehand?

Clearly, there are no easy answers. In the ethno-musicological realm, for example, imitation, embellishment and improvisation are still considered a highly prized form of originality. The same might be said of music in the Middle Ages and the early Renaissance before the advent of printing. The establishment of copyright legislation turned out to be just another blunt tool to regulate and enforce varying social contracts that involve money! In popular music, so decisively driven by monetary considerations, plagiarism lawsuits are a dime a dozen. Modern Classical music seems to be stuck somewhere in the middle. It clearly does not command the money generated by popular music forms, nor is it bound by half-baked notions of cultural globalization. In fact, attitudes to borrowing, plagiarism, and allusion differ greatly from one geographic region and culture to another. Mozart and Handel had no compunction of keeping their borrowings a secret. If you are a serious composer working in the 21st century, however, that is no longer a viable option.