Artists Behind the scenes
Follies of Music Fans
by Janet Horvath December 13th, 2012 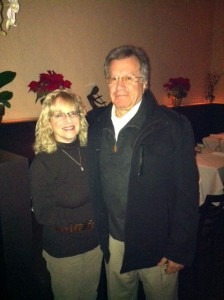 Fans come in all shapes and sizes. They can be famous actors, artists themselves, and family members. We musicians tend to love our fans. Sometimes, their love of us can be requited.

My husband, a huge music devotee, has always fantasized about walking onstage and sitting in the midst of the orchestra, rubbing shoulders with the performers and engulfing himself in the sound. Hearing my stories was the closest he could come until the year that the Minnesota Orchestra’s annual Symphony Ball, a major fund-raising event, included an item in the silent auction, an opportunity to sit onstage during a performance. During the dinner the evening of the ball I excused myself time after time to run to the room where the bidding took place. My husband was confused by my frequent disappearances but he is always discrete so he politely kept silent. I was determined to win this once-in-a-lifetime opportunity for him. What a memorable birthday gift it would be. By the end of the evening after upping the ante several times, I had out-bid the other people vying for this auction item.

My husband was giddy when he discovered that he would be able to choose the concert he would participate in. Of course it had to be Beethoven Symphony #9. He fantasized about humming along with the chorus! He proudly donned the requisite tails and white cummerbund. The orchestra was bemused, as he made his entrance head held high. My husband was seated onstage wedged in between the trumpet section and the chorus. He certainly looked the part. Lucky for us and for Beethoven, my husband had a sore throat that evening so he couldn’t regale us with his slightly off-key singing!

Alec Baldwin is a lover of the New York Philharmonic and like every other ordinary enthusiast he was a frequent ticket buyer. In a 2008 interview for New Yorker Magazine he confessed that he had a secret desire to appear on radio as a classical music host. Dreams sometimes come true. The New York Philharmonic now has Baldwin announce on the air and even at concerts. He is the one who reminds audience members to turn off their cell phones before a performance, in a friendly voice of course. 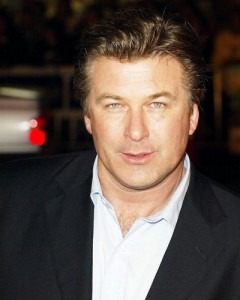 Minnesota’s very own Garrison Keillor best known for his A Prairie Home Companion show, which features country and folk songs, is devoted to the Metropolitan Opera and Avery Fisher Hall, the home of the New York Philharmonic. Keillor reported that he literally swooned over the singing of soprano Renee Fleming and her bare shoulders, when he heard Tchaikovsky’s opera Eugene Onegin. He had the additional thrill of inviting the super star Fleming as a guest on his show. Keillor was promoted from Avery Fisher’s main floor seating to the stage, where he celebrated his 70th birthday this year with the NY Philharmonic.

Fans can sometimes get carried away. A horn-playing colleague George Lloyd recently related this story. He performed many National Ballet of Canada tours in the 1970s with the legendary ballet dancer Rudolf Nureyev. Nureyev had leapt into view after defecting from his native Russia to the west in 1961 becoming the first ballet superstar. The crowd went wild during his flying leaps. Beatlemania revisited as Rudimania. One year the National Ballet embarked on a very long tour of the United States. 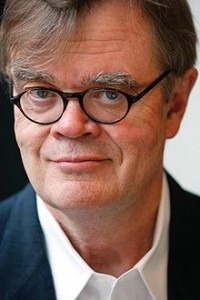 The featured work was Tchaikovsky’s Sleeping Beauty, which comprises three full acts— a feat of concentration. To make ends meet performances were back-to-back, city after city. The company performed eight shows a week and oftentimes four performances on the weekend. During the first show in Boston the performers were dismayed when a husky, loud female voice shouted, “Bravo Rudy! Bravo Rudy!” right in the middle of Nureyev’s hushed and beautiful solo in Sleeping Beauty, shattering the moment.

The seventeen week long tour consisted of performances all over North America, from coast to coast— Boston to Seattle, Chicago to New Orleans, Los Angeles to New York. Unbelievably, the strident fan was always in the audience no matter what city they traveled to. Whenever Nureyev was dancing, five or six times a week, at some tranquil point in every show she bellowed “Bravo Rudy! Bravo Rudy!”

Whether Sleeping Beauty or Swan Lake the performers knew she was lurking, waiting to pounce at just the right poignant moment as long as Nureyev danced that night. Soon the musicians became paranoid, dreading the woman’s outbursts, never knowing exactly where it might occur in the show.

Kansas City, Kalamazoo, St. Louis, St. Paul, Phoenix, Philadelphia, Cleveland, Columbus, Tallahassee, Tacoma? She was there! The Southern University of North Dakota? She was there! Dallas, Texas? She was there! Each musician in the pit prayed that she wouldn’t cut loose with her vocal histrionics right in the middle of a delicate instrumental solo. It was inevitable. The befuddled musicians would summon all their mental acuities to continue to play undistracted — an ultimate test of their concentration.

The National Ballet’s tour included a three-week run at the Metropolitan Opera House in New York. Tickets are pricey there. But the pesky fan was undeterred. She was present every single night sitting front row center, directly behind the conductor, seemingly breathing down his neck. The zealous audience member was an enthusiastic participant throwing heaps of flowers afterwards at Nureyev, the pungent aroma wafting into the pit.

Later, the orchestra discovered that the woman was a legal secretary for a firm in Boston. She had procured a year’s leave of absence just to follow Nureyev. The fanatic fan traveled all over the country to catch each and every show.

Nonethless, even when you use flash photography in our faces, rattle your candy wrappers, cough in the softest moments, and yes, when you scream Bravo at the most inopportune moments, we love you classical music fans.