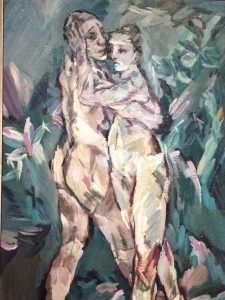 When I was a starving music student—how do you like that cliché—I variously performed in venues ranging from medieval churches to lusty palaces filled with debauchery and sin! But no matter where I played, there was one single constant; my almost obsessive love for the music of J. S. Bach. It’s easy to play Bach in church, but for more secular venues, I entertained myself by improvising on Bach fugal subjects in modern vernacular musical styles. Not that anybody really paid that much attention, but for me personally, it was a way of staying connected to a musical legacy that had been passed down for generations. It was also a way for the music of Bach to become part of the contemporary cultural fabric, but lacking talent as a composer, I could never express my obsession in a more meaningful and more communicative way. Luckily for us, composers do make a living encoding and publishing their obsessions!

Take for example Igor Stravinsky, who penned his Piano Sonata in the summer of 1924. Much of his early neoclassical music placed his obsessive love for Bach into a genuine dialogue between the imagined past and the real present. Scholars have been highly critical, suggesting that the composer simply re-imagined Bach as an architectonic icon in Stravinsky’s own image. And Prokofiev was even ruder, as he called it not only a “dreadful sonata,” but “Bach with pockmarks.” And of course, there is the very strong influence of Beethoven lurking in the second movement “Adagietto.” While we can never completely banish the element of parody from Stravinsky’s music, the Piano Sonata obsessively celebrated his love for Bach, and in the case of Beethoven, turned initial hate into deep-felt admiration.

Arnold Schoenberg rightfully considered himself the musical successor to both Richard Wagner and Johannes Brahms. In his earliest compositions, however, he was unabashedly and singularly immersed into what he called the “Brahms Fog.” His works fall squarely into the three Brahmsian genres; piano music, Lieder, and chamber music. As a young and essentially self-taught composer, Schoenberg turned the powerful models of his youth into exercises of obsessive love. Late Schoenberg was impatient with much of his earlier Brahms imitations, but he could never disguise the fact that everything he musically communicated throughout his career was the result of this initial puppy love!

Arnold Schoenberg: 3 Klavierstücke (1894)
John Adams’ Absolute Jest, for string quartet and orchestra was stimulated by the way Stravinsky had absorbed musical artifacts from the past and worked them into his own highly personal language. Having been in love with Beethoven’s string quartet since he was a teenager, Adams manipulates fragments of his obsessive love through a software program. For Adams, the act of composing this work—which took the better part of a year, “was the most extended experience in pure invention that I’ve ever undertaken. Its creation was for me a thrilling lesson in counterpoint, in thematic transformation and formal design.” Although the word “Jest” in the title elicited some mixed reactions from unsuspecting listeners, Adams apparently meant to indicate an “exercise of one’s wit by means of imagination and invention.” That is, a true exercise in obsessive love!