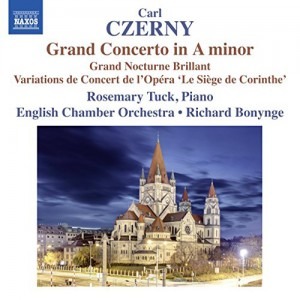 Carl Czerny, one of Vienna’s most illustrious musicians, was Beethoven’s student and devoted friend. Renowned today for his piano treatises, he was also a prolific composer in almost every genre, but it is the music for his own instrument that has aroused the most curiosity. The Grand Concerto in A minor, a work both serene and spirited, is historically important as one of the first romantic concertos ever written. The lyricism and playful bravura of the Grand Nocturne Brillant is balanced by the delicious Rossini Variations de Concert.