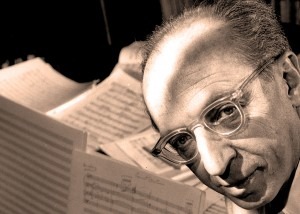 In 1967, Aaron Copland wrote a commissioned work for the New York Philharmonic’s 125th anniversary. The twelve-tone piece Inscape opens with a bang – with 11 of the 12 tones of the scale sounding at once.

Although Copland is most known for his tonal ‘American’ music, in the 1950s, he started looking at compositional techniques that he had consciously ignored, those of the Second Viennese School. Led by Arnold Schoenberg, the composers of Vienna, most famously his students Alban Berg and Anton Webern, created a new language for music that wasn’t tied to the tonal system.

Milan Kundera, in The Book of Laughter and Forgetting, equated hierarchies of the tonal system with a royal fiat:

One day a great man determined that after a thousand years the language of music had worn itself out and could do no more than rehash the same message. Abolishing the hierarchy of tones by revolutionary decree, he made them all equal and subjected them to a strict discipline: none was allowed to occur more often than any other piece, and therefore none could lay claim to its former feudal privileges. All courts were permanently abolished, and in their place arose a single empire, founded on equality and called the twelve-tone system.

As we all know, this empire fell and the tonal system returned, but in its place there was a new freedom of expression that hadn’t been permitted before. 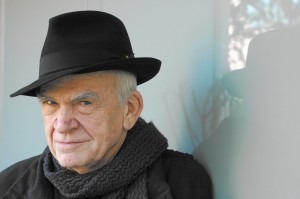 When Copland took up serialism (as it is known) in the 1950s, he took it up as a means of freshening and refreshing his technique and approach to music. We should note that many of Copland’s most important pieces from 1950 onward used this technique, including the Quartet for Piano and Strings (1950), The Piano Fantasy (1957), and two orchestral works, Connotations (1962) and Inscape (1967), both written for the New York Philharmonic.

Although rarely played today (serial music has a limited audience), Inscape is considered the masterpiece of Copland’s final period. In taking on the serial techniques of Schoenberg, Copland also assimilates style elements of Stravinsky. Yet, above all this, we have glimpses of the Copland we know so well, particularly in the woodwind melodies. This is the same two-part writing that we know from works such as Appalachian Spring, but now placed in a more challenging landscape.

Aaron Copland: Inscape
The title, Inscape, comes from the writings of Gerard Manley Hopkins. Inscape is “the distinctive design that constitutes individual identity,’ with ‘each being in the universe… enacts its identity.’ When you recognize the inscape of other people, you have ‘instressed,’ i.e., recognized another’s ‘specific distinctiveness.’ To move this to Copland’s music, you can say that the sounds are an instress that communicate the inscape. It’s all too complicated!

The work isn’t easy to listen to, even at the remove of 50 years, but if we listen for the distinctive voicings of Copland, we can find out way through this piece.