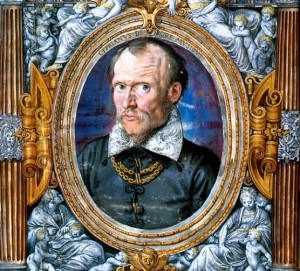 Over the centuries, the Italian peninsula has given rise to an extraordinary number of artistic and intellectual movements. Ranging from literature and painting to the visual arts, Italy has magnificently contributed to European intellectual and cultural development. And then there is music! The number of inventions—everything from musical instruments and musical terms to the art of Opera—is simply staggering! For example, around the year 1520, composers were searching for ways to musically express the emotions contained in each line or even individual words of a celebrated poem. These unaccompanied compositions for 2 to 8 voices, universally known under the name “madrigal,” became the most important secular form of music of its time. And at the forefront of establishing this exciting new musical genre—which in due course became one of Italy’s most successful musical exports—was the Franco-Flemish composer Cipriano de Rore (1516-1565). Born 500 years ago, Rore spent much of his professional life in Italy. His experimental, chromatic, and highly expressive musical style greatly influenced the subsequent development of the genre.

Rore was part of a wave of northern composers attracted by employment opportunities at the aristocratic courts and ecclesiastical institutions in Italy. Born in the small town of Renaix in Flanders, he got his first taste and education in music in Antwerp. But it was probably Margaret of Parma, the illegitimate daughter of Holy Roman Emperor Charles V, who persuaded the composer into coming to Italy. Margaret was born in a town within walking distance of Rore’s birthplace, and when she went to Naples in 1533, Rore may well have gone with her. Margaret eventually married Alessandro de Medici in 1536, and Rore made his way to Venice, Brescia, and eventually Ferrara. Rore’s first book of madrigals of 1542, published with assistance of the Venetian printer Scotto, became a veritable sensation! The composer skillfully married the polyphonic texture of the Netherlandish motet with the Italian secular form, and “established a seriousness of tone which was to become one of the predominant trends in madrigal composition all the way into the 17th century.” According to Alfred Einstein, “all the lines of development in the madrigal can be traced to ideas first seen in Rore; his only true spiritual successor was Claudio Monteverdi.”

In 1546, Rore was appointed “maestro di capella” at the court of Duke Ercole Il d’Este in Ferrara. Over a highly productive decade, he composed a large number of masses, motets, chansons and madrigals. Family emergencies saw Rore back in his homeland, but by 1560 he returned to Italy, and to employment in Parma. For a brief period of time he also held the highly prestigious position of maestro di cappella at St. Mark’s in Venice, but died at age 49 of unknown causes in Parma. In all, Rore wrote 107 madrigals and a substantial number of sacred compositions. He was highly respected and admired during his lifetime, and Monteverdi saw in his music the foundation of the Baroque musical style.