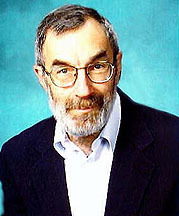 “The idea to compose Café Music first came to me in 1985 after sitting in one night for the pianist at Murray’s Restaurant in Minneapolis, Minnesota. Murray’s employs a house trio which plays entertaining dinner music in a wide variety of styles. My intention was to write a kind of high-class dinner music — music which could be played at a restaurant, but might also (just barely) find its way into a concert hall. The work draws on many of the types of music played by the trio at Murray’s. For example, early 20th century American, Viennese, light classical, gypsy, and Broadway styles are all represented. A paraphrase of a beautiful Chassidic melody is incorporated in the second movement. Café Music was commissioned by the St. Paul Chamber Orchestra (SPCO) and received its premiere during a SPCO chamber concert in January 1987.” (Art of the States)

Listen to this delightful movement played by a wonderful trio including our very own Janet.
Click here to find out more about Janet.